The 60-ft.-tall and 30-ft.-wide mural is by Cobre, an Argentinian artist who also painted the mural of late actor Robin Williams in San Francisco, which has since been demolished. The muralist is known for his hyper-realistic portraits.

Cobre tells TIME that the project of Thunberg’s mural began about a year ago when environmental non-profit One Atmosphere approached him after seeing the mural of Williams.

One Atmosphere helped Cobre get permission for the wall for the Thunberg mural and covered the expenses of his painting materials. Cobre is donating his time to complete the piece. It will debut on Tuesday, Nov. 12, after 10 days of painting.

Cobre tells TIME he hopes the image of Thunberg will bring attention to the crisis of climate change.

“I think It’s a very important mission to try to awake some citizens that they are wasting a lot of energy and resources for no reason, and I think it’s very important to try to help in a way,” he says. “People need to know about these things.”

Thunberg rose to prominence after striking from school in 2018 to demand action on climate change in her home country of Sweden. The 16-year-old has since inspired millions around the world to protest inaction on global warming.

“I usually don’t paint political stuff, because it kind of gives you people who will love it and people who will hate it,” Cobre tells TIME. “But this one I think was really important.”

Cobre says most people have responded positively to the mural. Some have messaged him negative comments on Instagram, but he says he does mind the criticism.

“If 95% people are going to like it, then my job is well done,” he explains. “Haters gonna hate.” 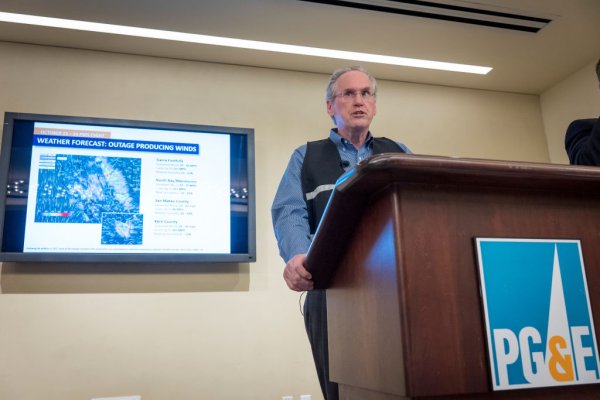