President Donald Trump is causing controversy at the University of Alabama even before he arrives on campus Saturday for the big game against Louisiana State University.

A memo from the Alabama student government warning students against “disruptive behavior” during the game was met with an angry reaction from some on campus, who interpreted it as a ban on protesting the President.

The memo, from Jason Rothfarb, the student government’s vice president of student affairs, said additional security would be in place during the game. It said “any organizations that engage in disruptive behavior” will be “instantly” removed and banned from block seating—seats reserved by student organizations for their members—for the rest of the season.

Trump’s upcoming attendance at the game follows his recent appearances at a string of sporting events that have prompted strong reactions from the crowd. He was recently booed at a World Series game at Nationals Park in Washington, D.C., where people also chanted “lock him up!” Last weekend, Trump was both booed and cheered at a UFC match in New York City.

Saturday’s game, between LSU and Alabama—ranked No. 1 and No. 2 in the country by the Associated Press poll—is one of the biggest of the season for a campus where football is a robust part of the culture.

Rebecca Griesbach, a news editor for Alabama’s student-run newspaper The Crimson White, and a first-year graduate student, tells TIME some students viewed the letter as an attempt to make sure Trump was not booed at the game.

“We’re still waiting on a clear answer as to what disruptive behavior actually means,” she says.

Griesbach says students who are supportive of Trump might not view the student government statement as threatening. “But for those who are affected [by Trump’s rhetoric], taking it as a warning not to protest is going to be the first reaction.”

Jason Castillo, president of the University of Alabama College Democrats, criticized the student government for a lack of clarity in its original statement.

“Especially when considering how divisive this president is, they should have clarified what kinds of actions will be acceptable by groups in block seating,” he tells TIME.

Rothfarb and representatives for the Alabama student government did not immediately respond to requests for comment. In response to the building controversy and a report in AL.com covering the issue, student government leaders released a statement on Wednesday pushing back against claims that it was trying to curb protests against Trump.

“[Student government] strongly affirms its belief in free speech and the rights of all students to express their opinions. Today’s report erroneously assigned a political context to a message meant only to remind students about heightened security and the consequences of altercations or other behaviors unbecoming of a University of Alabama student,” read the statement.

Rothfarb expanded on the statement in a follow-up email published on social media and reported by AL.com.

“Some have misinterpreted my comment regarding ‘disruptive behavior,'” he wrote. “By disruptive behavior, we are asking students to be respectful to all students and staff and avoid altercations. My email has nothing do with anyone’s First Amendment rights and I am sorry for any confusion. Please express yourself and especially your pride for the Tide.” 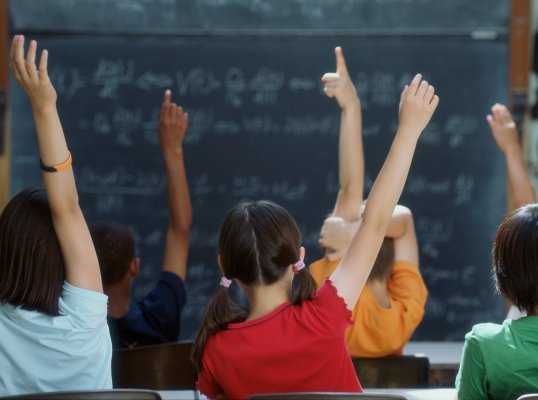