'I'm Not Sure How Open-Minded She Is.' Bill Gates and Elizabeth Warren Spar Over the Wealth Tax

Speaking at the New York Times DealBook conference Wednesday, Bill Gates spoke about the Democratic presidential candidate’s proposed wealth tax — what she calls an “Ultra-Millionaire Tax” — which would directly tax multi-millionaires’ net worth, as opposed to their income. (Sen. Bernie Sanders has unveiled his own wealth tax.)

Gates also expressed that he wasn’t sure Warren would be willing to take the needs of people like him into account, or even hear them out. “I’m not sure how open-minded she is, or that she’d even be willing to sit down with somebody who has large amounts of money,” he said.

Warren responded on Twitter Wednesday night. “I’m always happy to meet with people, even if we have different views. @BillGates,” the politician wrote. “If we get the chance, I’d love to explain exactly how much you’d pay under my wealth tax. (I promise it’s not $100 billion.)”

Given that wealth consolidation has been such a hot topic this election season, it’s no surprise that Gates’s comments reverberated online almost immediately, with some expressing anti-billionaire comments and others defending him. At least a few people also attempted to calculate exactly how much wealth Gates would have “left over” if Warren’s tax plan went into effect.

Gates noted that he believes wealthy individuals should pay more taxes than they currently do. “I’d love somebody to find a middle ground approach [between the two parties] because … the government does need more resources than it has today.”

But he added that his perspective might not necessarily reflect broader sentiment in America. “Somebody can say I’m very biased since I’ve been a prime beneficiary of the existing system,” he said.

Gates, along with his wife Melinda Gates and famed investor Warren Buffett, is a founder of The Giving Pledge, a campaign encouraging the ultra-wealthy to give most of their money to philanthropic causes. 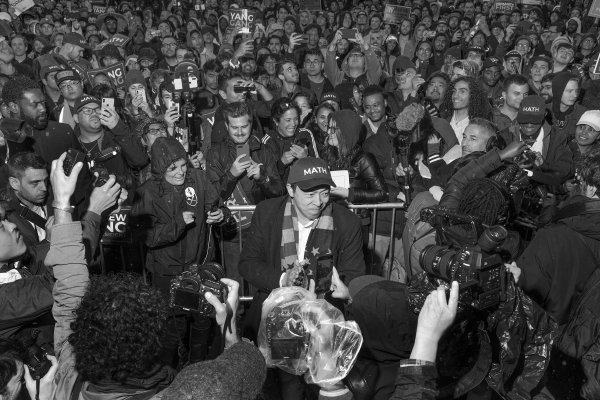