How Trump Gave China a Win on Trade in Southeast Asia

President Donald Trump speaks to the press from the South Lawn of the White House after announcing and initial deal with China in Washington on Oct. 11, 2019.
Nicholas Kamm—AFP/Getty Images
By Ian Bremmer

Yet another major trade deal is on the cusp of being completed, and no one deserves more credit for that than President Donald Trump… whether he likes it or not.

On Nov. 4, it was announced that the 10 countries that make up the Association of Southeast Asian Nations (ASEAN) will join with Australia, New Zealand, Japan, South Korea and China to sign a new free-trade agreement called the Regional Comprehensive Economic Partnership (RCEP). China took a major interest in RCEP after Washington began championing the Trans-Pacific Partnership (TPP) trade deal in 2013. Under President Barack Obama, TPP was envisioned as a way of reining in China’s ambitions by offering Asian countries an economic alternative to signing up with Beijing. Trump withdrew the U.S. from the trade pact just three days into office. The rest of the remaining signatories went ahead and signed the deal, but without the U.S. on board, TPP lost much of its weight.

If the Belt and Road Initiative–a Beijing-funded series of infrastructure projects throughout Asia and Europe–is the hardware of China’s ambitious global plan, RCEP is the software much of it is supposed to run on. But compared with TPP, RCEP is much less demanding of its signatories, opting to bypass environment, technology and labor standards as part of the deal, and has fewer regulatory requirements of its members. It also provides less market access to those that have signed up.

Over the short term, these omissions will limit the economic boost RCEP provides its member states, but more economic gains will be realized over the long term, reducing most tariffs between members as well as many of the trade barriers that currently exist. It will also go a long way toward strengthening regional supply chains among the participating countries.

It wasn’t easy getting to this point. Plenty of countries were hesitant about stronger alignment with Beijing, even if there were economic gains to be made. In a last-minute twist, India opted out of the deal, fearing that it would be inundated by Chinese imports that would hurt it over the long run and explode its deficit with China. Beijing had offered to address these concerns with longer time frames for phasing out tariffs, but New Delhi hoped to extract even more concessions before it dropped out. Member states like Australia maintain that India is welcome to rejoin at any time (which is certainly understandable from their perspective–adding another billion-plus consumer market to the trade pact could prove a critical counterweight to Chinese influence going forward). But the escalating trade war between the U.S. and China, the former’s lurch toward protectionist trade policy more broadly, and recent data suggesting the global economy is headed for a slowdown all provided the momentum needed for the remaining players to get the deal over the finish line.

This is a major geopolitical victory for China and helps further Beijing’s argument that in 2019, China is the one defending globalization instead of taking advantage of it. It could also help China accelerate its ongoing trade talks with Japan and South Korea, which have struggled to overcome historical animosity and mistrust.

Overall, though, this is a worrying hit to global trade, threatening to fracture a global economy already coming apart at the seams. Asia, and foreign companies in Asia, will now have to grapple with two multilateral trade agreements that boast different standards and include different members. And the biggest loser of all is the U.S., which is now letting China and others define new rules of trade while it just sits on the sidelines. 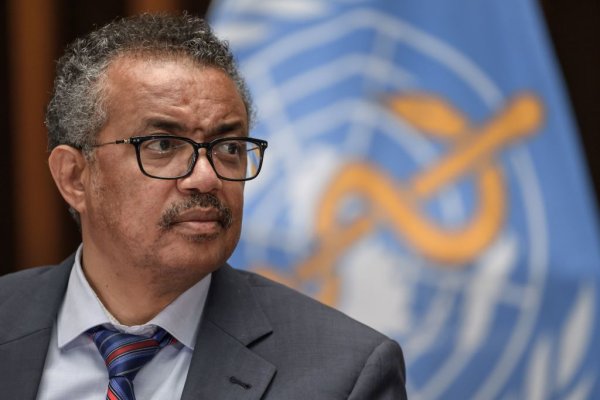 China Delays Entry of WHO Team Probing COVID-19
Next Up: Editor's Pick