Impeaching Trump Is Imperative to Preserving Our Democracy

Ideas
By Neal Katyal and Sam Koppelman
Katyal, a professor of law at Georgetown Law, is a former acting Solicitor General of the United States. Koppelman is a senior speechwriter at Fenway Strategies. This essay is adapted from their forthcoming book Impeach: The Case Against Donald Trump, to be published on Nov. 26 by Houghton Mifflin Harcourt

Imagine if it had worked.

Imagine if our President had leveraged his role as Commander in Chief to persuade a foreign power to open an investigation into his political opponent.

Imagine if the President’s rival lost the primary because news broke that he was under investigation.

Imagine if that meant the President faced a weaker candidate in November 2020–and won re-election as a result.

Imagine if our President owed his victory to a foreign power and we never found out.

Imagine how much influence the leaders of that country would have on our foreign policy decisions.

Imagine how easily they could blackmail our Commander in Chief.

Imagine what our President would do next, knowing he could subvert our democracy without paying a price.

Now, imagine if, eventually, we did find out. But it was too late–because he had already won.

Imagine what that would do to our faith in elections, to our trust in government, to our belief that we live in a democracy.

If President Trump’s efforts to coerce Ukraine into interfering with American democracy had stayed a secret until the 2020 election–if a whistle-blower hadn’t spoken out–we would have fundamentally, perhaps irrevocably, lost faith in the legitimacy of our republic.

That is why there is no choice but to impeach and remove Trump: because he was willing to undermine our democracy to help his prospects of re-election; because he has stated, unapologetically, that he would do it again; and most important, because he wielded the powers of his office for personal benefit instead of for the benefit of the people. And a President like that–a President who puts himself over his country–is exactly the kind of Commander in Chief our founders included impeachment in our Constitution to remove.

Article II, Section 4, of our Constitution delineates what offenses warrant the removal of a President: “The President … shall be removed from office on impeachment for … treason, bribery, or other high crimes and misdemeanors.”

This raises the question: What, exactly, is a high crime or misdemeanor?

The answer isn’t what you’d expect. High crimes and misdemeanors are not necessarily crimes as defined by criminal codes. (After all, if the President decided to nuke Canada unprovoked, that would technically be within his rights as Commander in Chief but would nonetheless be grounds for impeachment.)

But while our founders never explicitly defined the term, a consensus has emerged as to what a high crime and misdemeanor is.

As none other than Vice President Mike Pence said in response to witness testimony in 2008, back when he was a member of Congress: “This business of high crimes and misdemeanors goes to the question of whether or not the person serving as President of the United States put their own interests … ahead of public service.” Pence’s definition echoed Alexander Hamilton’s characterization of an impeachable offense as an “abuse or violation of some public trust.”

And in his conduct related to Ukraine alone, Trump is guilty of three such abuses of trust.

Trump’s first abuse of trust is the one our founders feared most: inviting a foreign power to interfere with our democracy. As George Washington said in his farewell address: “Foreign influence is one of the most baneful foes of republican government.” James Madison, meanwhile, proposed including impeachment in the Constitution for the explicit purpose of ensuring that no President could “betray his trust to foreign powers.”

So Trump isn’t only guilty of an impeachable offense; his efforts to encourage Ukraine to investigate Vice President Joe Biden constitute a paradigmatic impeachable offense–one of the very high crimes that impeachment was included in our Constitution to protect against.

He’s also guilty of a second paradigmatic impeachable offense: bribery. And all of the evidence we need to prove Trump partook in quid pro quo (“something for something”) exchanges is in the edited summary of the phone call released by his own White House–in which our Commander in Chief offers up Javelin antitank missiles and a White House meeting in exchange for the “favor” of Ukraine’s opening investigations into Biden and the 2016 election.

Trump Administration officials have testified that the President also held back $391 million in security assistance from Ukraine, which Congress had already appropriated, as part of his effort to pressure President Volodymyr Zelensky into announcing an investigation of Biden. Most strikingly, Trump ambassador Gordon Sondland, a donor whom the President has referred to as “a great American,” reversed his testimony this month and told Congress there was a quid pro quo.

Of course, quid pro quo arrangements are aboveboard when the President is asking for a favor on behalf of the people. If, for instance, Trump asked England to share intelligence on a terrorist organization with the CIA in exchange for U.S. intelligence, that would be allowed.

The problem arises when the President asks a foreign power for a personal favor–one that doesn’t align with the interests of those he represents. Because when a President abdicates his duty witnessed by another country, he leaves himself vulnerable to blackmail.

Think about the leverage he gave Ukraine. “If you don’t triple our aid or quadruple it,” Zelensky could’ve later said, “then I’ll tell the American people you sought to obtain foreign assistance in your election.”

So perhaps it’s no surprise Trump has done everything he can to cover up these two high crimes. Which brings us to his third offense, obstruction of justice–which clearly falls under the category of an impeachable offense. After all, it’s the very high crime that served as the key basis for President Richard Nixon’s impeachment proceedings. Remember, Nixon may not have even known about the break-in at the Watergate. Congress moved to impeach him solely for covering it up. And Trump has done the same thing. He’s refused to cooperate with the impeachment inquiry; blocked witnesses from testifying; and ignored subpoenas–all after trying to hide the whistle-blower report and the transcript from Congress in the first place.

All three of these impeachable offenses boil down to one truth: with Trump, it’s not Ask what you can do for your country; it’s Ask what a foreign country can do for you, your own country be damned.

Why, some ask, shouldn’t we let Trump’s fate be determined on Election Day?

Because Trump has demonstrated, over and over again, that he is willing to manipulate the results of the election in his favor, even if that means working with a foreign power to undermine our democracy. Asking Americans to wait until the election is like asking to resolve a dispute with a game of Monopoly–when the very thing you’ve been accused of is cheating on Monopoly.

This is why Congress must remove Trump from office.

But while this is an open-and-shut case, there’s also no guarantee he will be impeached. Because the words in the Constitution are, as Madison said, mere “parchment.” Which means Trump will be removed not by Article II, Section 4, but by human beings–members of Congress who are as courageous and as flawed as each and every one of us. And they need voters to fill them with the courage they need to do the right thing.

So remind your representatives that this isn’t about impeaching a President. It’s about coming together around our shared belief that no one is above the law–and making sure our democracy is never this vulnerable to attack again. It’s about putting aside our differences, and not only holding out America’s motto as a goal to which we aspire but working every day to make it a reality.

Out of many, one.

This essay is adapted from Neal Katyal and Sam Koppelman’s forthcoming book Impeach: The Case Against Donald Trump, to be published on Nov. 26 by Houghton Mifflin Harcourt

The original version of this story misstated the way in which Richard Nixon left the presidency. He resigned from office, he was not impeached. 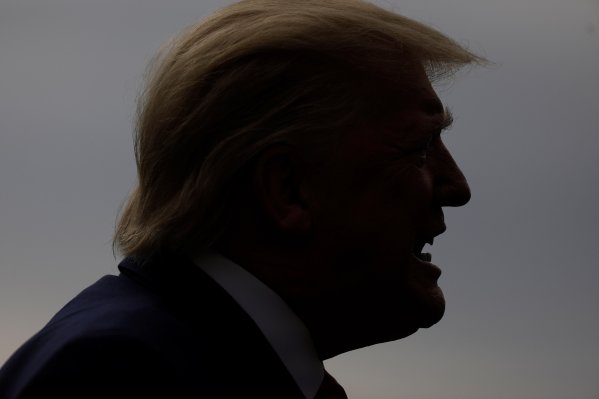 We Shouldn't Impeach Trump on the Basis of Flawed Legal Theory
Next Up: Editor's Pick