Keanu Reeves, the Internet’s beloved boyfriend, just might be someone’s boyfriend in real life. The John Wick star, who’s been having a triumphant 2019, held hands with his friend, artist and longtime collaborator Alexandra Grant at the LACMA Art + Film Gala red carpet in Los Angeles on Monday night. Their hand holding, a rare display of public affection from Reeves, led many online to believe that the pair could potentially be in a relationship.

Reeves, whose Internet mythos has been built around his kind but seemingly stoic existence, has been known for generally doing public events and red carpets by himself in recent years. Reeves and Grant have been longtime collaborators; she illustrated two books that he wrote, Ode to Happiness in 2011 and Shadows in 2016. In 2017, Reeves and Grant joined forces again to found a publishing company called X Artists’ Books.

Although the pair have known each other since at least 2011 (when they began working on their first book together), this is the first time they have been spotted holding hands like this at a public event. As might be expected, the Internet was overjoyed at the prospect that their collective dreamboat might have found some happiness in his personal life and took to social media to share their excitement.

See the reactions to Keanu Reeves and Alexandra Grant on the red carpet below.

Many people online were also pleased by the fact that Reeves and Grant are of a similar age.

While others were just happy about his love.

Still the overwhelming sentiment appeared to be happiness about his potential happiness.

Keanu Reeves — he might be off the market, but somehow, he’s still everyone’s Internet boyfriend. 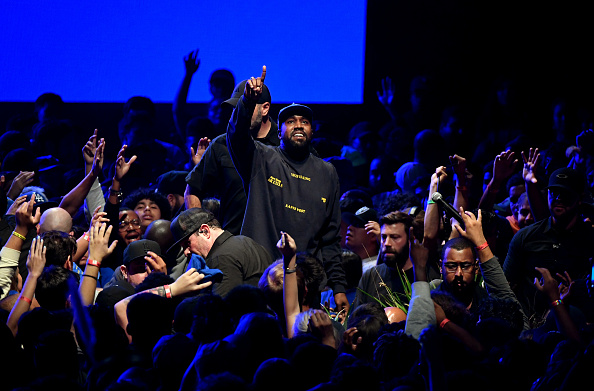 Here's What's Going on With That Viral 'Brunchella' Photo from Kanye West's Sunday Service Concert
Next Up: Editor's Pick