Your new book is called Why Soccer Matters. Why does it?

Well, look at me. I haven’t played for 25 years. And this book will be for my third generation of fans. Soccer matters to people everywhere.

O.K., but you say that Brazil’s 1950 World Cup final loss to Uruguay was like the Kennedy assassination in the U.S. Isn’t that going too far?

I don’t think so. I think it was very similar. The emotion was almost the same. When Brazil lost, it looked like something died, the country died–the same as what happened with Kennedy. I was 9 years old. It was the first time I saw my father crying.

Why do you think soccer has not stayed popular in the U.S. since you left the New York Cosmos?

Oh, I think it still is very popular. People should understand, the New York Cosmos had a lot of big names–players from all over the world came here to play. But now soccer in the U.S. is better organized for youth than in Brazil, Argentina, Uruguay or any country. American youth today all play soccer. Besides that, it has one of the best women’s teams. The pro league is not like in Italy or Brazil, but it still is a strong league.

What are Brazil’s chances in the upcoming World Cup?

Brazil is no doubt the favorite. It’s one of the best teams in the world. But this World Cup will be different. Brazil’s always had good forwards and wings. This year, for the first time, Brazil has better defense, in my opinion. Now our coach may have a little problem setting up an attack. Neymar is 22–he’s never played World Cup.

Brazil has been criticized for building facilities for the World Cup while ignoring the needs of the people who live nearby. Do you agree?

There are reasons for the protests and the criticism. People are also complaining about corruption. I think this is correct. But we have two excellent moments for Brazil to grow income and tourism–the World Cup and the Olympics. The players and the athletes don’t have anything to do with the corruption. They promote Brazil. Why do the people who protest want to damage the World Cup? Let’s wait until it’s over and then put the political people and criminals in jail.

You scored about 1,280 goals in your career. Do you have a favorite?

Actually, the official number is 1,283. Some goals were more important because they were in very difficult or important games. And some we scored in charity games. But if the goal is beautiful, it doesn’t matter which game, you know? I was 17 years old in my first World Cup when I scored a goal in the final against Sweden. But people say my 1,000th goal was more important. Some goals are more important and others are more beautiful.

Would you be as good if you were playing now as you were in your prime?

Better. The preparation’s better, the technology helps, and the rules protect the players.

If you could choose a team from any era, who would you play for?

I’d take my team in Brazil–Santos–when I was playing. But if I have to choose one team to play with in this moment, Barcelona. They play the same style that Santos used to play.

You’re known for endorsing a lot of products. Have you ever turned anything down?

Oh, yes, yes. Many, many, many, many offers, many proposals I don’t do. I endorse things I believe in. To this day, I get a lot of proposals for cigars or alcoholic drinks. That is not something I believe is good for youth, for athletic people.

Why do you often refer to yourself as Pelé?

Everything good, it is Pelé who does it. The bad is [my given name] Edson. 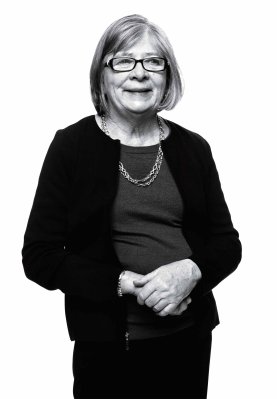 10 Questions With Barbara Ehrenreich
Next Up: Editor's Pick