A new analysis of Twitter and news coverage surrounding the Democratic primary candidates for the U.S. 2020 presidential elections shows that female candidates are attacked significantly more often than male candidates by trolls and fake news accounts.

The report, published Nov. 5 by Lucina Di Meco, Global Fellow at The Wilson Center, used artificial intelligence in partnership with non-partisan data analytics firm Marvelous AI to track the coverage of six Democratic candidates on Twitter, measuring the volume of conversation around each candidate between December 2018 and April 2019. Joe Biden, Bernie Sanders, Pete Buttigieg, Elizabeth Warren, Kamala Harris and Amy Klobuchar were the candidates included in the study, which forms part of the broader report titled #ShePersisted: Women, Politics and Power in the New Media World.

These online conversations were analyzed for one week after each candidate’s official campaign launch between December 2018 and April 2019, depending on the candidate. Marvelous AI also examined the political bias and credibility of Twitter users participating in the conversation, as well as the themes and narratives surrounding each candidate.

For each candidate, tweets were collected for a week following their official campaign kickoff. The volume of conversation around each candidate on social media fell into a similar bracket across both the male and female candidates, peaking at around 40,000 to 50,000 tweets per day, with Kamala Harris generating significantly more attention on Twitter than others in the field.

More social media attention on a candidate was not necessarily a positive. The study concluded that social media narratives around female candidates were more negative and focused on issues of character and identity, rather than electability or policy. The largest narrative on social media across the political spectrum surrounding Elizabeth Warren focused on her character, in particular the narrative that she “lied about her ethnic heritage.” The dominant narrative for Kamala Harris focused on her identity, attacking her as “not authentically American” because both her parents were immigrants to the U.S.

The focus on identity and character was largely the norm for female candidates, whereas it was the exception for male candidates. The dominant narrative surrounding Joe Biden focused on previous allegations of inappropriate touching, but this was still linked to his electability rather than his character or identity. “The role that social media platforms’ click-optimization algorithms played in spreading the misogyny and other biases is by now well documented,” said Olya Gurevich, Chief Scientist and co-founder at Marvelous AI. “I believe that technologists now have the moral responsibility, as well as the opportunity, to help ameliorate the unfairness in media, and this goes beyond just changing the click incentives.”

The study also showed that female candidates received more attacks from right-wing and fake-news accounts, yet also received less traditional news media coverage compared to their male counterparts. During the time period reviewed in the study, Twitter conversations about female presidential candidates were more heavily skewed toward the political right as well toward less credible accounts.

Credibility ratings and political bias of users in these conversations were assessed by their link sharing behavior on Twitter, based on analysis from The Media Bias Fact Check project, which rates the credibility of English-language news websites. The study ultimately found the presence of a “gender penalty” for female candidates.

That penalty is all too familiar to Mini Timmaraju, now Executive Director of External Affairs at Comcast. “I noticed that as I became more active and gained more followers, I was increasingly followed by trolls and obvious bots, posting inflammatory replies and comments to intimidate and harass our female followers,” she told the study’s author, speaking about her time as Women’s Vote Director for Hillary Clinton’s 2016 presidential campaign. Timmaraju was one of 88 women leaders in politics, civil society, journalism, television and technology from 30 countries interviewed for the report, which also looks at the broader relationship traditional and social media have with women’s leadership and representation in democracies. “It made me realize that the amount of energy that a woman has to spend online to defend her positions and her reputation is just overwhelming.” 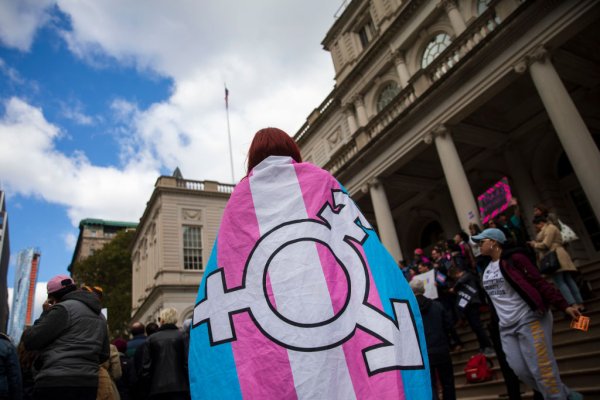 A Study Analyzed 10 Million Online Posts Over 3.5 Years. It Found a Torrent of Transphobic Abuse
Next Up: Editor's Pick