“Conan,” played by another dog, was introduced by White House Counselor Kellyanne Conaway, played by Kate McKinnon, who claims that since U.S. special forces killed al-Baghdadi that “according to the constitution,” this means that impeachment process against the president can “no longer legally move forward.”

Conan’s barks and growls are translated on the show by a special forces canine interpreter played by Cecily Strong, who said she has a Master’s degree in linguistics from Dr. Dolittle University.

Strong’s interpreter, who seemed to find the dog’s unpredictable antics as funny as the audience, explained the dog’s responses to questions. Conan was honored to do his job because he loves his country and belly rubs. He was grateful that while the terrorists had guns and explosives, they did not have vacuum cleaners. He also expressed regret for dressing up as a cat for a Halloween party.

When asked by one reporter, “Who’s a good boy? Are you a good boy?” the dog’s response, as interpreted by Strong’s translator, is “Seriously? With all due respect, I’m a trained military assassin, not some basic labradoodle.”

Asked for his opinion on the whistleblower at the center of President Donald Trump’s impeachment inquiry, his interpreter says, “I think we need to find out who the whistleblower is because that sound is driving him crazy.” 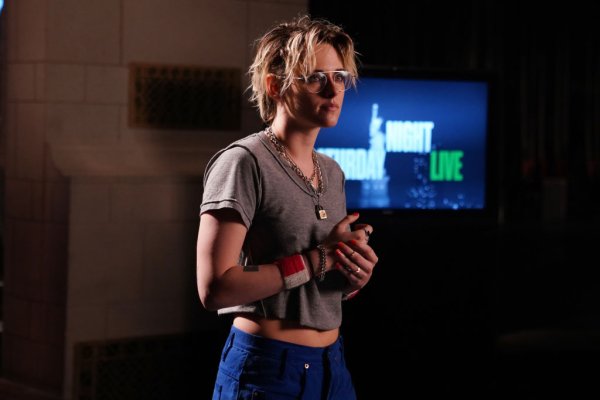 SNL: Warren pushes Medicare for All
Next Up: Editor's Pick