In last night’s Saturday Night Live cold open, Sen. Elizabeth Warren, played by Kate McKinnon, tries to convince the crowd at an Iowa public school to come on board with her Medicare for All plan.

Before launching into health care, which McKinnon’s Warren calls her “Despacito,” she takes a moment to “pour one out” for Beto O’ Rourke who dropped out of the presidential race on Friday.

To explain the healthcare plan, Warren pulls up a complicated chart when asked by an attendee to “see the math” behind her health care proposal. McKinnon’s Warren says, “I could explain it to you but you’d die.”

One attendee says that her current insurance “isn’t perfect” but under the senator’s plan she would have to give it up. Warren responds with a moving pep talk. “Your insurance is like a bad boyfriend,” McKinnon’s Warren says. “Girl, listen to me. You need to leave him. He is draining you. You deserve better. Dump his ass.”

When the woman breaks into tears, saying she’s scared to leave because she wonders if it’s the best she can get, McKinnon’s Warren stays firm and tells her, “You’re gonna call them and you’re gonna end it.”

After the heartening moment between the two, Warren asks, “So, do I have your vote?” only for the woman to respond, “I don’t know, Pete Buttigieg seems nice.” 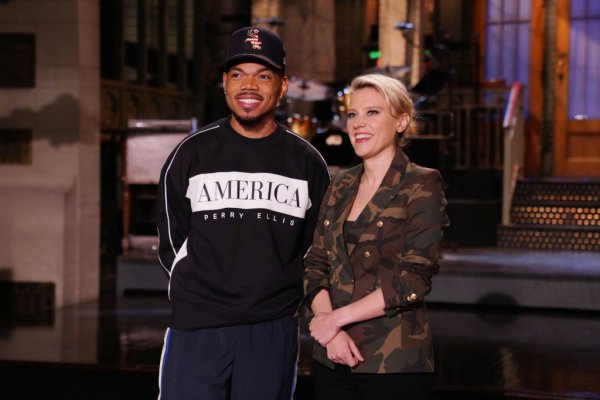