A New ISIS Recording Names al-Baghdadi's Successor. Here's What to Know About the New Leader

Days after President Trump announced the death of the self-proclaimed leader of ISIS, Abu Bakr al-Baghdadi, during a U.S. special forces operation in northwest Syria on Oct. 26, the terror group has named its new leader: Abu Ibrahim al-Hashimi al-Qurayshi.

But besides a name that implies the new leader is a descendant of the Quraysh tribe of the Prophet Muhammad, we know little about him. ISIS’s statement on Thursday gave no indication of what he looks like, how he sounds, or his precise role in the group before it designated him “caliph” and “emir of the believers.” (A caliph is a spiritual leader of Islam who claims succession from the Prophet Muhammad.)

In the almost eight-minute-long audio recording posted on messaging service Telegram, ISIS introduced its new spokesman as Abu Hamza al-Qurashi—connecting him too with the Prophet’s lineage. (The previous spokesman was killed in a separate joint U.S.-Kurdish operation hours after the one targeting al-Baghdadi.) In the recording, the new spokesman warned the U.S. to “beware vengeance” for al-Baghdadi’s death, swiped at Trump’s erratic leadership, and emphasized the group’s global reach. Here’s what else to know.

What do we know about al-Baghdadi’s successor?

Almost nothing. “Nobody — and I mean nobody outside a likely very small circle within ISIS — have any idea who their new leader “Abu Ibrahim al-Hashimi al-Qurayshi” is,” Paul Cruickshank of the Combating Terrorism Center, wrote on Twitter shortly after the militant group made the leader’s name public.

The audio recording described the new leader as a “prominent figure in jihad.”

But the lack of identifying biographical details should come as no surprise, says Rita Katz, director of the SITE Intelligence Group, which tracks online networks affiliated with jihadist and white supremacist organizations. “Any successor that is already known to the world would start his rule with a major security vulnerability,” Katz told TIME on October 30. “I don’t foresee a video message, audio message, or anything that is in any way revealing.”

Still, that’s not prevented speculation as to the new leader’s identity. ISIS officials often change names when their role or rank shifts, one expert notes. The day before ISIS released its recording, National Counterterrorism Center director Russ Travers suggested the name of Hajji Abdullah as a potential successor to al-Baghdadi. Some analysts suggest al-Hashimi could be Abdullah’s nom de guerre.

Trump claimed on Friday morning that the U.S. already knows the identity of the new leader.

How does ISIS select its leaders?

Like al-Baghdadi before him, the new leader was approved by a shura, or governing council, implying the ISIS hierarchy and bureaucracy remains operational. Thursday’s announcement also claimed al-Baghdadi had earmarked his successor before his death: “The sheikhs of the mujahadeen agreed, after consulting with their brothers and acting on the recommendation of Abu Bakr al-Baghdadi, to pledge allegiance to the sheikh and mujahid, the scholar, doer and worshipper, Abu Ibrahim al-Hashimi al-Qurasyhi,” it said.

Why is the “caliph” designation important?

The claim that ISIS’s new leader is descended from the Prophet Muhammad’s tribe, while difficult to prove, is important to the group’s attempt to assert his legitimacy as a “caliph.” In contrast to deceased Al Qaeda Osama bin Laden, who cast himself as a military leader, al-Baghdadi also declared himself the “caliph” of all Muslims in a caliphate; his caliph name was also appended with al-Qurayshi.

Al-Baghdadi’s positioning was “much more oriented around engineering the perception of leadership in a way that compels actions,” says Michael S. Smith II, a terrorism analyst, and lecturer at Johns Hopkins University’s Global Security Studies Program. Al-Baghdadi’s own rhetoric emphasized that allegiance to him should be “demonstrated not just by words but actions,” Smith II adds.

ISIS’s claim of al-Hashimi as its new “caliph” conveys an attempt to continue its past operational strategy despite no longer holding territory in Syria and Iraq, experts say.

How have pro-ISIS networks responded to al-Baghdadi’s death?

One of the surprising aspects of al-Baghdadi’s death was the relative lack of online “chatter” on pro-ISIS networks as rumors of his demise gathered pace. According to Smith II at John Hopkins, that’s likely a result of ISIS’s ability to assert control beyond its official propaganda channel. “The group has been incredibly careful about managing perceptions and using propaganda to do that,” he said. “But it’s also been very good at constraining commentaries made by the group’s wider support base online that are not considered to be in line with a strategic communication program.”

Within hours of Thursday’s release, ISIS’s weekly publication Al Naba was offering coverage of the recording. “Troubling that even after past week’s developments, ISIS’ media machine is still chugging along: Naba digital newspaper out on time, communiques rolling out, etc,” SITE Intelligence Group’s director Katz wrote on Twitter. “Cannot be stressed enough: Despite politically driven narratives of victory, ISIS is not “beaten.” She added that based on reactions “already pouring in” from the ISIS community, the group’s supporters appeared re-energized by the developments.

What will the new successor mean for ISIS?

The signs point to business as usual. Besides naming ISIS’s new leader and spokesman, Thursday’s statement emphasized the group’s global reach. “America, don’t you realize that the Islamic State is now at the forefront of Europe and West Africa? It is extended from the East to the West,” the new spokesman said. Counterterrorism experts told the New York Times that in the coming week they expect to see pledges of fealty to the new leader from ISIS’ affiliates in Afghanistan, Sinai, the Philippines and elsewhere.

The enduring threat underscores experts’ assessment that the death of al-Baghdadi will not debilitate ISIS. “We’re not likely to see much of an impact in terms of operational capacity, certainly not to result in the group’s demise, or really even bring about a decline,” Jenna Jordan, author of Leadership Decapitation: Strategic Targeting of Terrorist Organizations told TIME a few days before the announcement of al-Baghdadi’s successor. “An argument I make is that it can, in fact, make things worse.” 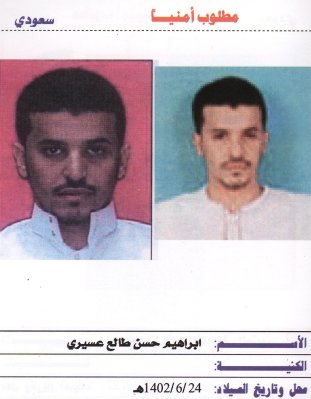