When the British East India Company set sail to explore—and exploit—the riches of the world in the 1600s, it was based out of an unpretentious London house. How it grew from that to toppling mighty kingdoms “is the most improbable story of a corporate takeover in history,” says acclaimed historian and author William Dalrymple.

His new book Anarchy: The Relentless Rise of the East India Company explores how the firm, with its own military wing, “executed a corporate coup unparalleled in history,” and in doing so tacitly points to the dangers of unchecked corporatism. He also writes about how India’s subjugation started not with the British government but with a for-profit corporation that later spread its wings across Asia. In doing so, it helped to build a British Empire that, at its peak, was one “on which the sun never sets.”

Dalrymple spoke to TIME about the lessons to be learned for the modern world.

Why did you decide to write this book now?

I thought I was writing a history book but it seems I have written a pamphlet about the future. In my proposal for this book in 2013, I wrote that there is no modern equivalent to the East India Company. But at the moment, it certainly feels relevant to what is happening in the world. Suddenly we have a corporate mogul in the White House, which I didn’t know in 2013. The issues with big tech and big data are dominating U.S. politics. All these things which were not particularly live subjects when I began have suddenly become very relevant. It is completely accidental.

What would you say is the underlying message of Anarchy?

It is about the potential power of corporations. Today, a modern corporation like Google or Facebook doesn’t need to have armies and military regiments like the East India Company did. They are listening to every word we say. And that’s more dangerous than any military.

This book is also the one that took you the longest to complete. Why was that?

The Company is a moving target. It starts off in the 17th century as a libertarian dream of pure, unbridled capitalism. But by the end, it has become a sort of public-private partnership that is eventually nationalized and then goes on to become an imperial power. So it is different things at different times, morphing into new forms and shapes. It was a challenge to weave a coherent narrative out of this story.

Did the research and writing spring any surprises on you?

I wasn’t surprised by any of the outrageous things the Company did. But I was surprised by the outrage it generated back then in Britain. The reaction to it was very contemporary. The language that is used against the Company is similar to what we use now about our fears of the power of Google, Facebook and other companies that transcend sovereign boundaries and wriggle their way out of the laws of sovereign states.

What lessons can we learn?

The East India Company was a trading company that became very powerful and started running territory and no longer had to import bullion because it taxed Indians and used the profits to buy and sell to Britain. It certainly is history’s greatest warning about the power of corporations and the ability of corporations to change forms to avoid legislation.

Corporations, as Elizabeth Warren is saying in her campaign speeches, are changing so fast that we need new laws to keep an eye on them. And [look at] what’s going on with Facebook—Alexandria Ocasio-Cortez cross questioning Mark Zuckerberg on what exactly Facebook’s rules on censorship are and how far it intervenes in the political process. These are issues which are hugely relevant today and have their origin in the first corporation that engaged in politics, that toppled states, that was engaged in regime change abroad, in corporate bribery and lobbying.

What would you say is the legacy of the company?

When historians talk about the legacy of Empire, they mention democracy, tea, and cricket. I think you can argue very strongly that there was a much more profound influence on the modern world and that was the joint stock company, which dominates all our lives all around the world. The East India Company in many ways shaped the modern corporate world. The corporate world that we see around us has its origin in the misbehavior of the Company.

Outside of India, the story of the Company is dominated by the opium trade. By the 1800s, there was opium being grown in Bengal and Bihar in India which was being shipped to China, in what is undoubtedly the largest narcotics operation in history. Then the Opium Wars were fought to preserve the right to have narco sales, leading to the conquest of Hong Kong. So, in a way, the ongoing chaos in Hong Kong is also an indirect legacy.

Empire building played a huge role in the rise of the West. Do you think it will be Asia’s turn?

It has already happened. China is the world’s second-largest economy. The only question is how fast India will catch up. Despite the current economic crisis, I am certain that India will make the jump that China has made. It may just take a little while to get there. Economically, I am an India optimist. Politically, much less. 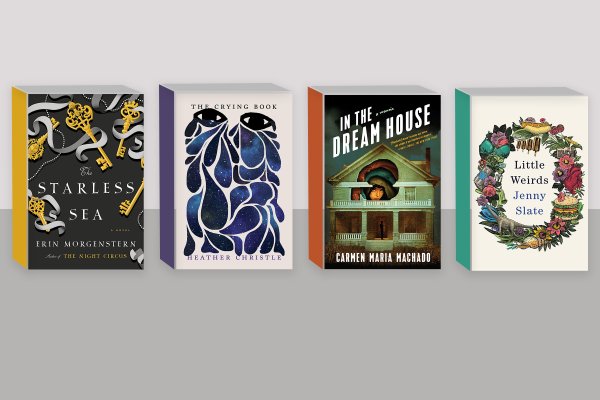 Here Are the 11 New Books You Should Read in November
Next Up: Editor's Pick