The Night Circus Author Is Back With Another Epic Fantasy, The Starless Sea

“A boy at the beginning of a story has no way of knowing that the story has begun.” So writes Erin Morgenstern early on in her latest fantasy epic, The Starless Sea, when her protagonist decides not to open a very special door. The door, with a golden knob and intricately painted carvings, has mysteriously materialized on a wall in the New Orleans alley that Zachary Ezra Rawlins always cuts through on his walk home from school. Though the young boy is captivated by its perplexing appearance, he decides to move along, and the next day the door is gone.

The Starless Sea soon flashes forward to years later and finds Zachary, now a graduate student, in his university library. There, he discovers an authorless book, which has documented in spookily accurate detail his experience of seeing but not opening that mesmerizing door. Baffled by the book and its specificity, Zachary sets off to discover where it came from, how someone could have known so much about a small moment from his childhood and, naturally, what could possibly have been behind that door.

Morgenstern, known for her 2011 best-selling debut The Night Circus, which has sold more than 3 million copies, launches Zachary on a mystical adventure in an enchanted universe as he searches for answers. Eventually his quest leads him to an underground library–a space wafting with secrets and magic–where he meets a cast of characters ready to help him.

But the novel is not simply a quest narrative–it’s also a meta-examination of stories that demands the reader’s patience–and then rewards it. Morgenstern intersperses Zachary’s journey with fables and myths from more books he finds along the way. There are pirates and ships, painters and princesses and long-lost lovers–characters and worlds that at first appear to bear no relation to Zachary or to one another.

Morgenstern’s elegant, poetic prose keeps the pages turning as she begins to draw connections within a web of tales that reads like an ode to stories, themselves, and celebrates the distinct pleasure that comes from engaging with a text. For Zachary, that pleasure outweighs any temptation he might have to return to school and his regular life. It leads, instead, to a journey of sacrifice and self-discovery as he unearths his own place in the puzzling book’s narrative. For everyone else, the thrill comes from watching him on the ride. 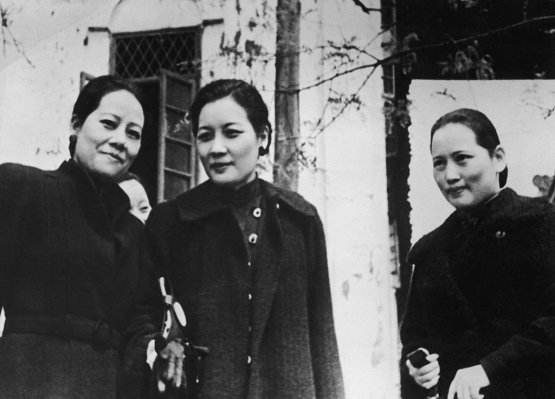 The Forgotten Women Who Shaped China in the 20th Century
Next Up: Editor's Pick