G.M. Union Members Return to Work, but Worries Are Far From Over

A truck door with a calendar on it that shows the number of days that the UAW-GM strike has lasted is shown at the General Motors Flint Assembly plant in Flint, Mich. on Oct. 23.
Bill Pugliano—Getty Images
By Alejandro de la Garza

After 40 days on the picket line, General Motors autoworkers voted Oct. 25 to accept a new contract that offers salary increases and other concessions. The agreement may offer relief for more than 48,000 United Auto Workers (UAW) members after the longest nationwide strike against GM in nearly 50 years, but the standoff cost both the company and its workers dearly.

The new contract scraps the company’s bisected salary structure, under which workers hired after 2007 were paid less and had no way to reach the top salaries of longer-serving employees. The company will also invest $7.7 billion in U.S. factories, including $3 billion at a Detroit plant that had been scheduled to close in early 2020. But not all workers came out ahead. The agreement allows GM to close three other plants–including one in Lordstown, Ohio, that was the focus of a 2017 promise from President Trump that workers’ jobs would be saved.

The Detroit automaker is paying a hefty toll for the strike, with nearly $3 billion in lost earnings for 2019. The past weeks have been no picnic for workers either, with their families living on meager strike pay. Some worry that local economic repercussions may still linger, especially in Michigan, where GM is the state’s largest employer.

GM continues to face stiff competition from foreign manufacturers, many of which operate U.S. plants that pay nonunion workers substantially less. And the future may be tough for autoworkers even if GM makes new gains. The company has announced plans to transition to producing electric cars, which are simpler to manufacture than gas-powered cars and trucks. Union analysts believe that means job cuts, but the larger forces behind the shift are unlikely to reverse. Even with a deal in hand, another fight awaits. 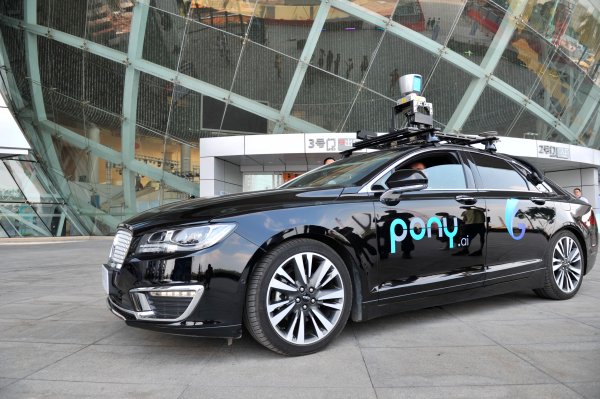 8 Questions With James Peng of Pony.ai
Next Up: Editor's Pick