Google’s been pushing its Chromebooks on us since it released the matte black CR-48 prototype in 2010, telling the world that laptops today were simply glorified web browsers — or Android devices, I’m still not sure which. In a way, it was right. Chromebooks have become incredibly popular devices for children and teens in school, and even as secondary laptops at home thanks to features like instant booting, touchscreen displays, and a pretty low price. They’re also dead simple to use if all you need is the web, which is what most of us want anyway for checking emails, griping about the news, or watching videos online.

Still, Google’s new Pixelbook Go lacks amenities or features that would make it feel like anything besides that prototype laptop from a decade ago. It’s certainly adorable, and at $650 is affordable compared to high-end laptops. But those good looks can’t make up for what’s missing, and what’s missing is a laptop with forward-looking features.

It’s certainly the most appealing Chromebook around. Its matte black magnesium build, rubbery bottom, rounded corners, stereo speakers, and a huge trackpad make it feel surprisingly high-end. It’s got a USB-C port on each side, along with a single headphone jack. It’s also super thin, and weighs a few ounces over two pounds. It’s a real looker, a rarity among laptops at this price point.

In terms of specifications, the Pixelbook Go feels like any other laptop. The 13-inch touchscreen display packs a 1080p resolution (and 1080p webcam), it has 64GB of storage, and a healthy 8GB of RAM (the $1399 model gets you a 4K UHD screen, quadruple the storage, and double the memory). The display’s especially reflective screen makes outdoor use a hassle, but videos look pretty crisp.

Chrome OS itself is suited perfectly for the Pixelbook Go. The operating system, based on the Chrome web browser and capable of running Android apps, is not designed for crazy workloads or serious production work, but more for writing, web browsing, and some app use. Download your game of the week, install Netflix, maybe add Slack to check in on work, and go about your day. And go about your day you can, as the Pixelbook Go’s battery life will get you about 12 hours of use before you’ll need to charge it up again.

If you’re looking for a Chromebook that facilitates more creative work, like drawing, you can certainly accomplish that with the Pixelbook Go, albeit with your finger. But that’s where the Pixelbook Go begins to falter. It lacks any pen support, so you can’t use Google’s Pixelbook Pen with it. And don’t count on serious photo or video editing.

Other missteps include the lack of any biometric security features, meaning you’re forced to type your password or other authentication information manually. A fingerprint sensor enabling quick login or authentication would do wonders for a laptop billed as being ready to go whenever you are. As for the whole “Go” portion, it feels like a failure of imagination to leave off any cellular connectivity, especially since the creation of Google Fi, the company’s wireless service.

Where’s my LTE-equipped Chromebook? Sure, it may not be popular, due to extra costs and the fact that, in a pinch, you could simply use your smartphone as a wireless hotspot for your Chromebook. But that adds another layer of complexity it feels like the Pixelbook Go should attempt to simplify if it wants you to experience the web wherever or whenever.

All in all, the Pixelbook Go feels like another reference design instead of an actual laptop. Competitors like Dell offer better-equipped Chromebooks, like the Inspiron Chromebook 14, a two-in-one laptop with an integrated stylus that, while not as svelte, can do more in general, bringing you better value for the money. Still, if you know exactly what you need out of it, there’s something about it’s cool factor that might make you look twice at the Pixelbook Go. 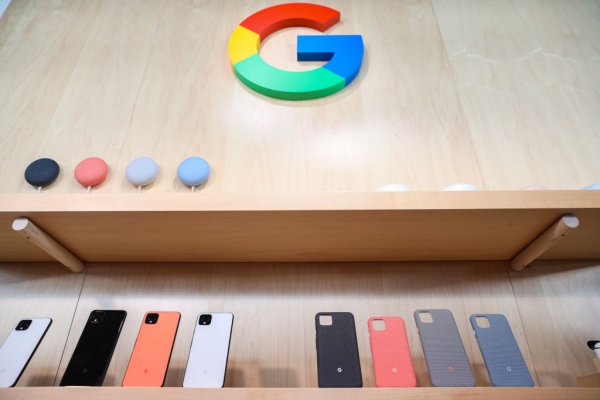 Google Just Unveiled a New Pixel Smartphone, an AirPod Rival and More. Here's What to Know
Next Up: Editor's Pick