Muslims walk near the Kubbet'us-Sahra (Dome of the Rock) as they arrive to perform the Friday Prayer at Al-Aqsa Mosque Compound in Jerusalem on October 18, 2019.
Faiz Abu Rmeleh—Anadolu Agency/Getty Images
By Joseph Hincks

It’s not easy to visit the Palestinian territories. To witness Hebron’s ancient religious sites in the West Bank, you normally need an Israel-issued visa. Entering Gaza, still under a 12-year Israeli-Egyptian air, land and sea blockade, is even more difficult, with access usually restricted to journalists and NGO workers.

But an app launched on Oct. 30 wants to bring the occupied Palestinian Territories into homes around the world. Palestine VR offers an array of virtual reality tours of the West Bank and Gaza, with users spared immigration interviews, soldiers at checkpoints, or the risk of attention by Hamas, or potentially fraught encounters with settlers.

Highlights of the new app include a tour of the ancient city of Hebron, guided by a former Israel Defence Forces (IDF) soldier-turned activist; a walk through Ramallah with 13-year-old journalist Jana Jihad; and a visit to Jerusalem’s Dome of the Rock in the company of Palestinian anthropologist Ali Qleibo.

“Those who visit Palestine and are exposed to the reality of oppression, discrimination and displacement are always moved by what they see,” said Salem Barahmeh, the executive director of the Palestine Institute for Public Diplomacy, the NGO behind the app. “With Palestine VR, we want to bring this reality to people directly all over the world.”

Israel has controlled access to Gaza and the West Bank since the Israeli-Arab war of 1967. Its continued occupation of the territories is among a range of issues that have caused friction between Israel’s right-wing government and liberal American Jews. Israel’s Prime Minister Benjamin Netanyahu in September threatened to legally annex almost one-third of the West Bank—a move widely seen as a death knell for a two-state solution to the Israeli-Palestinian conflict.

President Donald Trump, meanwhile, and his administration have made little effort to stay neutral. He has moved the U.S. Embassy to Jerusalem, which Palestinians regard as the capital of their future state, and recognized Israeli sovereignty over the Golan Heights, a rocky plateau Israel also captured during the war of 1967.

In August, Israel blocked Reps. Rashida Tlaib and Ilhan Omar from a planned tour of the West Bank following a tweeted intervention from Trump, who claimed the two Democratic Congresswomen, both Muslims, “hate Israel and all Jewish people.” Israel subsequently said it would consider a “humanitarian request” for Tlaib — whose parents were Palestinian immigrants — to visit her relatives, on the condition she would not voice certain political views.

“It’s critically important that people see the reality with their own eyes and that’s exactly what my government is trying to prevent,” Avner Gvaryahu, a former soldier who leads the app’s virtual tour of Hebron, told TIME. “But with the help of this app, they can get the second-best thing. You can’t hide the occupation and I’m confident that this tool will encourage more people to learn about the reality on the ground.” 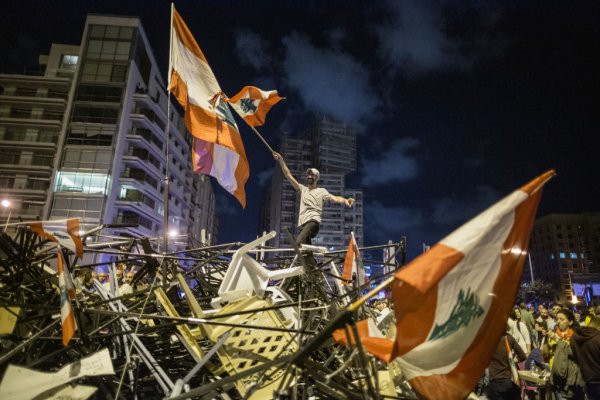