Missouri’s top health official testified Tuesday that the state health department kept a spreadsheet tracking the menstrual periods of women who visited Planned Parenthood in St. Louis — a revelation that has drawn scrutiny and raised questions about whether it was a violation of patient privacy.

Williams’s testimony on Tuesday was part of a hearing over whether Planned Parenthood will retain its license to perform abortions in the state— the latest step in a battle over abortion access in Missouri. The St. Louis clinic is the only health care provider in the state that currently performs abortions.

The document was reportedly created by a state health inspector who had access to medical records during the state’s annual inspection of the clinic, and it was found through legal discovery in an email titled “Director’s Request,” according to the Star. But in a statement on Wednesday night, a DHSS spokesperson denied that it was created at Williams’ request, calling it a “false claim” based on an “erroneous email subject line.”

“Dr. Williams did not possess a spreadsheet of patient information, and although there was no wrong-doing by regulators, the first time he saw the spreadsheet was at the time of his deposition on Oct. 17,” the statement said. “HIPAA compliance was not a factor in this activity as no patient data has been released. This information, in fact, was important in the investigative process in ensuring that facilities are safe for patients.”

The state says it ultimately found four patients who had “failed abortions” and had to return to Planned Parenthood more than once for the procedure, including one case that was not reported by Planned Parenthood, causing concerns about safety standards at the clinic, the Star reported.

The time period during which those four patients received care was not clear. But Planned Parenthood claimed state health officials “cherry-picked” those cases, the Star reported. Planned Parenthood’s St. Louis clinic provided abortion care to 4,782 patients in 2016-17 and served more than 30,000 patients in total that year, according to its annual report.

In May, Missouri Gov. Mike Parson, a Republican, signed a law banning abortion after the eighth week of pregnancy with no exceptions for cases of rape and incest — one of several restrictive anti-abortion laws passed this year, with an eye toward overturning Roe v. Wade, the 1973 case that effectively legalized abortion across the country. A federal judge blocked the state from enforcing the state law in August, as litigation continues.

Meanwhile, state officials have refused to renew the license for Missouri’s last remaining abortion clinic. If it closed, Missouri would become the first state in decades to lack an abortion provider. Missouri is currently one of six states with only one abortion clinic, according to the Guttmacher Institute, a research and policy organization that advocates for abortion rights.

Throughout the licensing dispute, Planned Parenthood has defended its medical care as a safe and necessary resource for patients.

“Missouri politicians have gone too far. This is government overreach at its worst,” Yamelsie Rodríguez, president and CEO of Planned Parenthood of the St. Louis region, said in a statement about DHHS tracking menstrual cycles. “This is outrageous and disgusting. Planned Parenthood will always do what’s best for patients and that will guide any decisions we make about how we continue fighting for abortion access.”

State Rep. Crystal Quade, the Democratic minority leader of the Missouri House, called the revelation “deeply disturbing” and also called for an investigation.

“State law requires the health department director to be ‘of recognized character and integrity.’ This unsettling behavior calls into question whether Doctor Williams meets that high standard,” Quade said in a statement on Tuesday, calling on Parson to “immediately investigate whether patient privacy was compromised or laws broken and determine if this is a person who Missourians can be comfortable having in a position of public trust.” 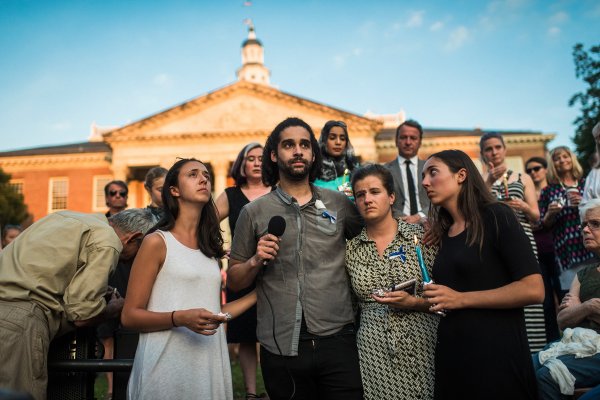