A Boston College Student Killed Himself Hours Before Graduation. His Girlfriend Has Been Charged With Encouraging Him to Do It

Suffolk County District Attorney Rachael Rollins speaks during the annual Martin Luther King Jr. Convocation at the Twelfth Baptist Church in the Roxbury neighborhood of Boston on Jan. 13, 2019. On Oct. 29, Rollins announced Suffolk County is charging Inyoung You, 21, with involuntary manslaughter for urging her boyfriend, Alexander Urtula, 22, to kill himself. Urtula died by suicide on May 20, 2019.
Boston Globe—Boston Globe via Getty Images
By Jasmine Aguilera

A student from South Korea has been charged with involuntary manslaughter after prosecutors allege her abusive behavior pushed her boyfriend toward suicide on the day of his Boston College graduation this past May.

Suffolk County in Massachusetts charged 21-year-old Inyoung You after a search through thousands of text messages allegedly revealed she was physically, verbally and psychologically abusive to her boyfriend, Alexander Urtula, 22, and urged him to kill himself, the district attorney says.

“The investigation revealed that Ms. You used manipulative attempts and threats of self-harm to control [Urtula],” Suffolk County District Attorney Rachael Rollins told reporters this week. “She was aware of his spiraling depression and suicidal thoughts brought on by her abuse.”

You has since relocated back to South Korea. She could not be immediately reached for comment. Rollins said the district attorney’s office is in touch with You’s representative, and is urging her to return voluntarily. Rollins added the office is prepared to pursue extradition if You doesn’t return voluntarily.

Urtula killed himself on May 20, just hours before his family expected to watch him graduate from Boston College with a degree in biology. You, who was also a student at the university studying economics until she withdrew from classes in August, was present at the time of his death, according the prosecutors who say You was tracking Urtula’s location on an iPhone, something she frequently did during their relationship. Rollins said family and friends of both You and Urtula were aware of their allegedly abusive relationship, which lasted for 18 months.

In the two months prior to Urtula’s death, prosecutors say he and You exchanged more than 75,000 text messages, including 47,000 from You alone. The messages became “more frequent, and more powerful and more demeaning in the days and hours leading up to Mr. Urtula’s untimely death,” Rollins said.

A spokesperson for Boston College says Urtula was a popular student from Cedar Grove, New Jersey, who was involved in several activities, including the college’s Philippine Society.

At Monday’s press conference, Rollins acknowledged the similarities between the You case and that of Michelle Carter, a Massachusetts woman who was convicted of involuntary manslaughter in 2017 for encouraging her boyfriend, Conrad Roy III, to kill himself when he was 18. She was 17 at the time. A bill in Roy’s name is making its way through the Massachusetts legislature that would make encouraging or assisting suicide a crime punishable with up to five years in prison.

“There are similarities,” Rollins said of the two cases. “Both out of our Commonwealth here, but this is a separate and distinct case and we are going to focus exclusively on Mr. Urtula and his family.” 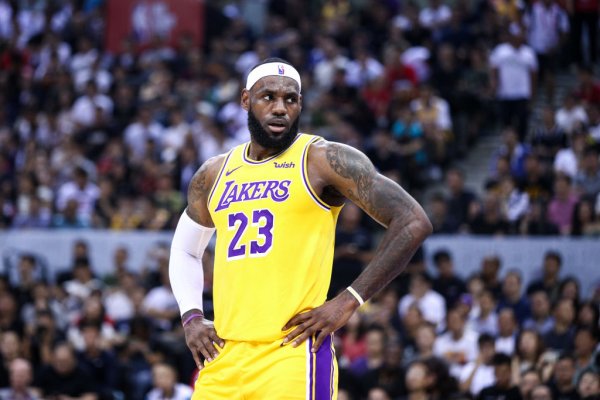 'Man These LA 🔥 Aren't No Joke.' LeBron James Forced to Evacuate Amid California Wildfires
Next Up: Editor's Pick