June Steenkamp, mother of Reeva Steenkamp, says that Pistorius has gone from "hero to devil". She was following the trial in Pretoria on April 10th, 2014.
© POOL New—Reuters
By Michelle Arrouas

The prosecutor in the murder trial against Oscar Pistorius accused the onetime Olympic sprinter of being self-centered and egotistical in his relationship with his girlfriend, as the defendant took the witness stand for the fourth day.

“It’s all about Mr. Pistorius. That’s what your relationship was all about,” chief prosecutor Gerrie Nel said.

The Paralympic and Olympic sprinter shot his girlfriend Reeva Steenkamp though a bathroom door on Valentine’s day last year. While the prosecution claims he shot her intentionally after an argument, Pistorius maintains he mistook her for an intruder.

On the second day of cross-examination, the prosecutor went though evidence that, he argued, highlighted the problems and arguments the couple had. Gerrie Nel said that text messages showed that Pistorius treated Steenkamp badly, was jealous and criticized her.

“I never got the opportunity to tell Reeva that I loved her,” Pistorius maintained.

Nel also said that Pistorius’ public apology to Steenkamp’s family was meant for the cameras.

“I don’t think they’d ever want to meet me,” Pistorius answered with a shaky voice. “I completely understand where they are coming from.”

June Steenkamp, the late model and law graduate’s mother, said that she couldn’t tell if Pistorius was acting for the cameras when he cried and vomited in court.

“I don’t know whether he’s acting,” June Steenkamp said in an interview with the Mirror.

“Most of the time he’s on his cell phone or looking down at papers or writing notes,” she said, adding that Pistorius has “gone from hero to devil.” 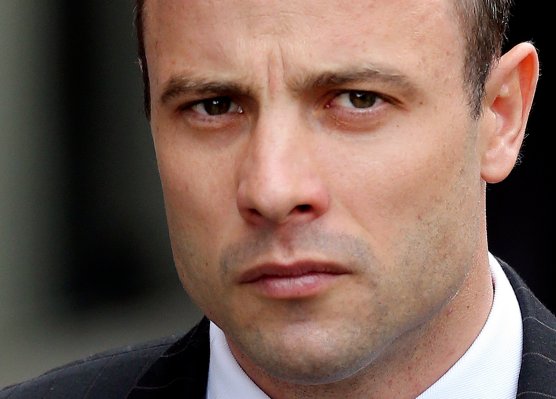 Gruesome Picture Displayed at Pistorious Trial
Next Up: Editor's Pick