Facebook Was Used to Incite Violence in Myanmar. A New Report on Hate Speech Shows It Hasn't Learned Enough Since Then

People check to see if their names are included on the final National Register of Citizens (NRC) in Assam, India on 31 August 2019.
NurPhoto—NurPhoto via Getty Images
By Billy Perrigo

Hate speech targeted at minorities in the northeastern Indian state of Assam is spreading almost unabated through Facebook at the same time as the Indian government is stripping nearly 2 million people there of citizenship, according to a new report released Tuesday.

Posts targeting religious and ethnic minorities in Assam have been seen more than 5.4 million times, according to the global online advocacy group Avaaz, calling into question the success of the approach taken by Facebook since it was used to spread hate speech during the 2017 Rohingya genocide.

“I’m not sure what lessons Facebook has learned from the Rohingya crisis,” Alaphia Zoyab, a senior campaigner at Avaaz who led the team that wrote the report, tells TIME. “If they’re waiting for actual violence, that’s too late. They need to heed the warnings now.”

In August this year, the Indian government published its final list of citizens of Assam, leaving 1.9 million people off. The ruling Hindu-nationalist Bharatiya Janata Party (BJP) sold the exercise as a means of rooting out illegal immigrants from bordering Bangladesh. But rights groups said it risked making millions stateless and inflaming Hindu-Muslim tensions in the region.

The situation in Assam has drawn comparisons to the Buddhist extremist campaign against Rohingya Muslims in Myanmar which peaked in 2017, forcing more than 700,000 to flee their homes. In Hindu-majority India, Muslims have faced a surge in attacks since the BJP took power. In Assam, some 1.9 million people, many believed to be from the Bengali-speaking minority, are threatened with statelessness as a result of government measures aimed at removing “infiltrators” from the country. “We are very worried about something like the Rohingya crisis playing out again,” Human Rights Watch told TIME in August.

Bengali Muslims in particular seem to be the targets of hate speech on Facebook, according to Avaaz, which found posts on the site calling them “parasites,” “rats” and “rapists,” and calling for them to be exterminated.

After the Rohingya genocide, Facebook was criticized for not employing any Burmese-speakers able to detect and remove hate speech. Facebook said in 2018 it had not “done enough” to prevent the genocide, and had since “invested heavily in people, technology and partners to address the abuse of Facebook in Myanmar.”

But the Avaaz report, which focuses on hate speech in the Assamese language, calls into question whether Facebook’s systems to detect hate speech in languages other than English is working. “Facebook is relying too heavily on artificial intelligence to detect hate speech,” Zoyab tells TIME. “Our research shows that reliance is based on a false premise, because it assumes people are flagging hate-speech, which then teaches its artificial intelligence systems. That’s not happening.”

Facebook did not immediately respond to questions from TIME inquiring how many Assamese speakers it employs as part of its 15,000-strong team of content moderators.

Avaaz said it reported 213 of the “clearest examples of hate speech” to Facebook, but said that the site had removed only 96 of them for breaching its community standards. The report details one case where one individual inciting hatred against Bengali Muslims had his page removed by Facebook seven times, only to set up new accounts each time and continue posting.

“When we flagged the hate speech in Assam online using Facebook’s online reporting tools, Facebook sent us back automated messages saying that this does not breach their community standards,” Zoyab says. “Facebook keeps saying it has a zero tolerance policy toward hate speech, but Assam seems to prove that it’s a one hundred percent failure.”

“When you become stateless, you essentially lose your right to have rights,” Zoyab says. “Overall we just find Facebook is asleep at the wheel here in protecting the world’s most vulnerable people.” 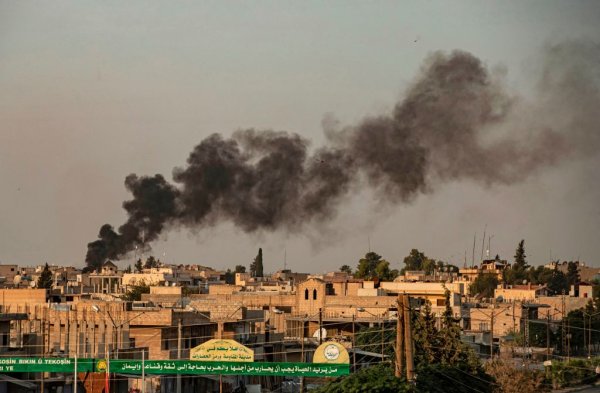