100 Days Before the Caucuses, Pelosi Visits Iowa to Discuss the Impeachment Inquiry and 'Healing' a Divided Country

With an impeachment inquiry into President Donald Trump underway, Washington has been bonkers.

This week alone, House investigators heard compelling testimony from the top U.S. diplomat in Ukraine, Republicans stormed a secure location in Congress where much of the impeachment inquiry is taking place and Rudy Giuliani butt-dialed a reporter and left a voicemail discussing the need for cash. Even into the weekend, congressional business continued with a senior State Department official’s testimony in front of House investigators on Saturday. The week in its entirety captured just how high tensions around the investigations are.

Exactly 100 days out from the Iowa caucuses, Nancy Pelosi — the current figurehead for Democrats — arrived in Des Moines, Iowa, to a quiet fall morning to address Polk County Democrats, most of who were hoping to get some insight from the Speaker of the House on the impeachment inquiry. Here, in a state that Trump won in the 2016 general election, Pelosi’s message on Saturday was about approaching the impeachment inquiry in a way that can result in some “healing” for a divided country.

“Nobody comes to Congress to impeach a President,” Pelosi told the audience, an argument she’s been making since Democrats announced the impeachment inquiry at the end of September. “Nobody comes for that, but we do take an oath to protect and defend the constitution, and when that is under threat, we cannot ignore it.”

“And so as we move forward with this, we want to do it in the most solemn, prayerful way that has a healing effect on our country, and to do so in a way that we are worthy of the oath of office that we take,” Pelosi said to applause. Overall, the question and answer session hit very little on impeachment, despite the moderator saying that was the subject local Democrats had most submitted questions on.

Signs of how divisive the inquiry can be were omnipresent. Inside the event, there were T-shirts with Pelosi’s image on them, and chocolates with her wearing her iconic orange coat. Outside of the Drake University auditorium and across the street, protesters held letters spelling out Trump’s name and signs saying “impeach Schiff” (the chair of the House Intelligence Committee) and accusing Pelosi of putting “America last” and “illegals first.”

“I think part of it was that she wanted to talk about impeachment from her own words. We have presidential contests obviously happening … and I think she wanted to get the record straight from her own mouth, which I think is helpful,” Sean Bagniewski, the chair of the Polk County Democrats, told TIME. “The other … reason she was here was, the Democratic party nationally sees the best way to take back the U.S. Senate and keep the House in the Midwest.”

Pelosi’s visit, announced in early October, is her first to the state with the first-in-the-nation caucuses since the impeachment inquiry began. The recent high-profile visitors have been presidential candidates flooding the state, which Pelosi acknowledged by thanking Iowans for their hospitality. But the impeachment inquiry has managed to put even a major presidential election on the backburner.

“[Impeachment is] kind of what’s on everybody’s mind, and I’m curious about that just like everybody else is,” Elijah Marburg, a Drake University political science student who attended what he could of the Pelosi program in his marching band uniform before he had to leave to perform at a game, said.

And though polls show there’s growing favorability among the electorate for the impeachment inquiry, some Democrats have concerns about it and believe it will inevitably tinge the election. They worry Republicans could use it as a rallying cry.

“I feel like obviously this is such a heated election already, and especially because it is so close to the election season, the timing scares me a little bit,” said Lenin Cardwell, another Drake student.

In conversations with TIME, several Democrats also said that while they think Republicans may be able to use the impeachment inquiry to their advantage, Democrats may also be energized by it as well.

“I approve of [the impeachment inquiry], but I am concerned about the final outcome,” said Judi Cunconan, 72, a Des Moines resident who attended the event and said she’s appreciated Pelosi’s reluctance to rush into impeachment. “I’m concerned about the division it will cause in the country. We’re so divided now, and all of this will just further that division.”

But, Cunconan added, she was reassured by Pelosi’s comments on Saturday. 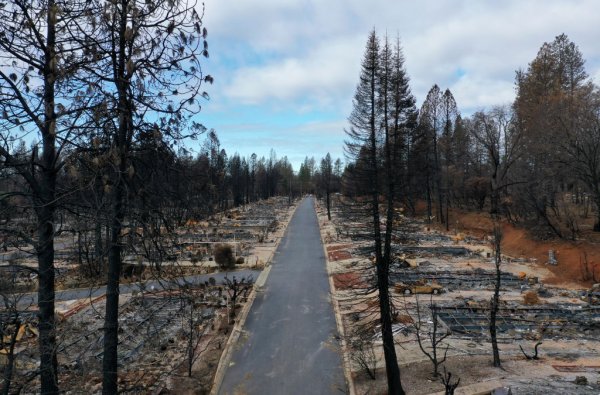 California's Outages Show How Climate Change and Corporate Accountability Are Entangled
Next Up: Editor's Pick