Saudi Prince: U.S. Lawmakers Should Get Off Their 'High Moralistic Horses'

Prince Turki Al-Faisal, a former Saudi intelligence chief and an influential royal family member, told U.S. lawmakers to get off their “high moralistic horses” as ties between the historical allies remain frayed a year after the murder of columnist Jamal Khashoggi.

Prince Turki criticized congressional representatives on Wednesday for the “horror” and “disdain” they express for Saudi Arabia, saying U.S. lawmakers are unable to perform their jobs to address “issues of racism and racial inequality” and to reform gun ownership laws. He also said that most U.S. media has a “consistently blinkered view” of Saudi Arabia, one that portrays negative events in the kingdom as “being the norm.”

The murder last year of Khashoggi, a U.S resident and Washington Post columnist, as well as the long-running war and humanitarian crisis in Yemen and the detention of Saudi female activists have all strained the kingdom’s relations with much of the Washington establishment outside the White House. Senior lawmakers in both parties remain unified on the issue of punishing the kingdom.

Read more: Jamal Khashoggi Was My Fiancé. A Year After His Murder, I’m Still Fighting for Justice

Prince Turki spoke at an event in Washington about a week before Saudi Arabia hosts its annual investment forum, the Future Investment Initiative. The Oct. 29-31 event is set to attract some of Wall Street’s top dealmakers, as well as representatives from major institutional investors across the globe, after many skipped the forum last year.

How many congressional leaders “have deigned to pay a visit to the kingdom?” Prince Turki said at the event. “Should they visit Riyadh they may learn something about universal health care, which the kingdom has provided for its citizens since its establishment” or “they may get an insight into our improving and evolving educational system.”

Saudi Arabia has been working hard to remake its image since the Khashoggi killing, marketing it as a tourist destination. It is building major tourism projects, transforming its Red Sea coastline to bring in holidaymakers and developing an entertainment city near the capital of Riyadh. The kingdom also said it plans to drop a requirement for men and women who visit to prove they’re related in order to share a hotel room.

Last month, Saudi Arabia announced it would drop its strict dress code for foreign women, who will no longer be required to wear an abaya, the flowing cloak that’s been mandatory attire for decades. “Modest clothing” will still be called upon, according to Ahmed Al-Khateeb, chairman of the Saudi Commission for Tourism and National Heritage. 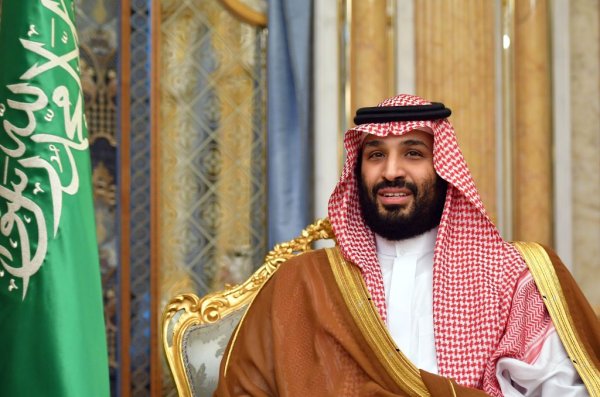 Saudi Prince Says Khashoggi Murder Was on His ‘Watch': PBS
Next Up: Editor's Pick