Harassment and Discrimination Are Leading to Burnout Among Female Doctors, Study Says

Sexual harassment, gender discrimination and verbal abuse are contributing to high rates of burnout among female physicians, according to a new report published in the New England Journal of Medicine.

Burnout—defined earlier this year by the World Health Organization as emotional exhaustion, fatigue, cynicism and reduced productivity resulting from unmanaged workplace stress—is widespread among doctors, who often put in long, emotionally draining hours. The new study suggests that the problem is even more common among female physicians, specifically surgical residents.

The researchers surveyed surgical residents about their working conditions—including whether they had experienced sexual harassment, discrimination, verbal or physical abuse or other mistreatment—at the same time they took the 2018 American Board of Surgery In-Training Examination, which is taken by all surgical residents across the country. Respondents were also asked about their work hours, if they felt burnt out by their jobs and if they had experienced suicidal thoughts. About 7,400 doctors completed the researchers’ survey, and about 40% of them were women.

The study suggests there are multiple sources to blame for doctors’ on-the-job problems. Attending physicians were the primary verbal abusers, according to respondents of both genders, with peers—other residents—not too far behind. Meanwhile, patients and their families were major perpetrators of sexual harassment, at least when it came to female doctors. For men, nurses and other staff members were more often to blame.

While the report highlights a disturbingly common problem for those in the medical field, the authors note that reducing workplace harassment and mistreatment provides an actionable solution to the burnout crisis—which, in addition to harming doctors, costs the health care system billions of dollars a year in lost productivity and turnover. Plus, the authors noticed a wide disparity in rates of mistreatment from program to program—which, if nothing else, suggests some hospitals are getting it right already. 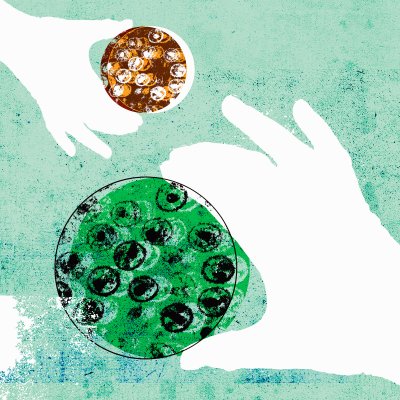 Human Health Is in the Hands of Bacteria
Next Up: Editor's Pick