Police say that an officer was shot in his bullet-resistant vest after a “violent struggle” with an armed man in a New York City apartment building early on Wednesday.

Eight police officers responded to the scene after a woman called 911 to report that a man was harassing her, breaking glass and slamming on doors in her northern Manhattan apartment building shortly before 2 a.m., Police Commissioner James O’Neill said at a press conference Wednesday morning.

After police officers spread out to search the building’s second floor, a 34-year-old officer discovered a naked 29-year-old man who pointed a 9-millimeter semi-automatic gun at him, O’Neill said. The officer and the man struggled and “shots were fired,” O’Neill said. The commissioner, who said that he watched video surveillance of the incident, said the fight was “extremely disturbing” and that the two ended up on the floor. O’Neill also said that the suspect punched the officer repeatedly, injuring the officer’s face.

The officer’s colleagues rushed over to intervene and shot at the suspect, hitting him “several times,” O’Neill said. The man was pronounced dead at Harlem Hospital Center later that night. Police did not identify him, but O’Neill said that he’d had “domestic violence interactions” with the police in the past.

The police officer was shot once in the chest during the altercation, but his bullet-resistant vest buffered the blow, said O’Neill, who showed the ripped vest to reporters. O’Neill did not say whether the suspect had been shot by the suspect or by another officer, but said that police were investigating how many shots had gone off.

Local news channel PIX11 reported that the officer was treated for his injuries and released from the hospital later that morning. New York City Mayor Bill de Blasio visited the the officer at the hospital and said that he seemed to be in “good spirits.”

The president of the police union, Patrick Lynch, called the officers “heroic.” 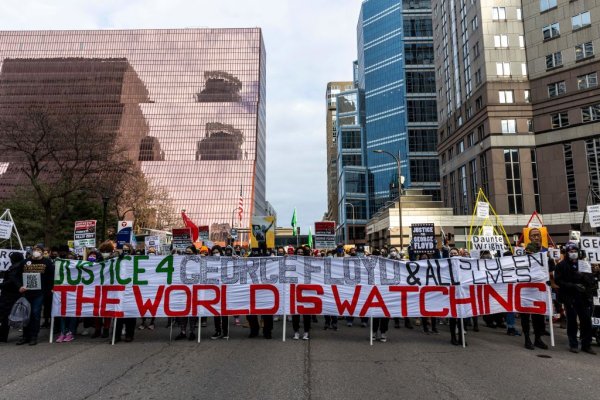