'This Is for Our 16,000 Homeless Children.' How the Chicago Teachers' Strike Extends Beyond School Issues

Chicago schools will remain closed Wednesday, as more than 32,000 teachers and staff continue to strike for a fifth school day, fighting for education funding and calling on the city to take on broader issues — from homelessness to immigration raids — that affect the nation’s third-largest school district.

“Unless there’s a change at the top of this city in regards to their willingness to make meaningful changes, we are not likely seeing a quick settlement to the current strike,” Chicago Teachers Union President Jesse Sharkey said at a press conference Monday. “We thought we were making good progress at the table as we came into negotiations today, and I find my hopes dashed.”

Like teachers in many other states and cities during the past two years, Chicago teachers are demanding better pay and benefits for school employees, smaller class sizes and more in-school social workers and nurses. But they’ve also emphasized a need for progress on issues beyond the classroom — including affordable housing for school employees, students and parents; sanctuary school protections for immigrants and refugees; and an expansion of the Sustainable Community Schools initiative, which provides health services, social-emotional learning and homelessness support to students as well as their families.

“This strike is really about the nitty gritty of what goes on in classrooms in school and how the schools are going to be supported to deal with the way the economy has really ravaged communities,” says Lois Weiner, a consultant on teacher union reform who has written about teachers’ unions and social justice. “This is a shoutout to labor to use bargaining for the social good.”

Weiner says the wide range of demands from Chicago teachers’ is something new, but it builds off the strikes by teachers in Los Angeles and Oakland, Calif., earlier this year. “I think that is going to reverberate,” she says.

But negotiations between city officials and union leaders stalled this week, as Chicago Mayor Lori Lightfoot claimed the school district did not have enough money to meet all of the union’s demands. Lightfoot called for teachers to return to school as bargaining continues, citing the strike’s effect on more than 360,000 students and their families.

She said the city had committed to putting at least one nurse and social worker in every school within five years and reducing class sizes in high-poverty schools, in addition to offering to raise pay for school employees 16% over five years.

“The union continues to raise many more issues, large and small, from more pay to more demands for free vision and dental care to affordable housing policies,” Lightfoot said at a press conference on Monday. “All in all, the union’s demands would cost $2.4 billion a year and grow [Chicago Public Schools’] budget 40% — something that we frankly cannot afford.”

Union leaders argued that the city should prioritize school funding over expensive development projects in the city. They told reporters Monday night that they would hold out for a “just and fair settlement,” arguing that not enough schools would see class-size reductions under Lightfoot’s proposal and that the new staffing commitments would not adequately address the need for more school counselors, librarians or teaching assistants.

As negotiations continued on Tuesday, Massachusetts Sen. Elizabeth Warren, who recently unveiled a proposal for an $800 billion investment in public schools, joined red-clad Chicago teachers on the picket line, becoming one of several Democratic presidential candidates who have shown support for the strike.

Teachers have made social justice issues part of their cause in previous strikes. But experts say the ongoing Chicago strike is the first to center homelessness and affordable housing, even though they’re issues that affect school districts around the country.

Debates over low teacher pay have highlighted the fact that many teachers cannot afford to live in the communities where they teach. A few school districts in California have built affordable housing projects for school employees, and several others in the Bay Area, known for its high cost of living, are considering it.

Teachers in Chicago — where more than 16,000 students are homeless and many teachers struggle to find affordable housing in a city where they’re required to live — have made that a key issue. They have demanded that the city commit to establish sustainable housing, offer housing subsidies to staff and better support homeless students. During this week’s strike, amid signs about class sizes and salaries, at least one said: “This is for our 16,000 homeless children.”

Brad Marianno— assistant professor of educational policy at the University of Nevada, Las Vegas, who studies teacher labor policy—says that focusing on social justice issues beyond the scope of a typical collective bargaining agreement is a way for teachers’ unions to attract and retain more members. But he says the issue of affordable housing is unlikely to ultimately be incorporated into the Chicago contract.

“There are some limitations in terms of what can actually be negotiated over, so you’d have to find a creative way for housing to fit within the scope of those negotiations,” Marianno says. But he thinks teachers could still make progress by raising awareness and building public support for the issue through their strike.

“What’s unique in Chicago is you have mayoral control over the school system and so negotiations are literally happening with the mayor, who has the authority to make other changes within the community,” Marianno says. “So that puts teachers unions in a better position to make those demands than you might see in other school districts, where you’re negotiating with school district representatives.”

“The strike gives them a megaphone,” he says, “to not only push for what they need in the contract, but also these larger social issues, when people are right now paying attention to what their strike is all about.” 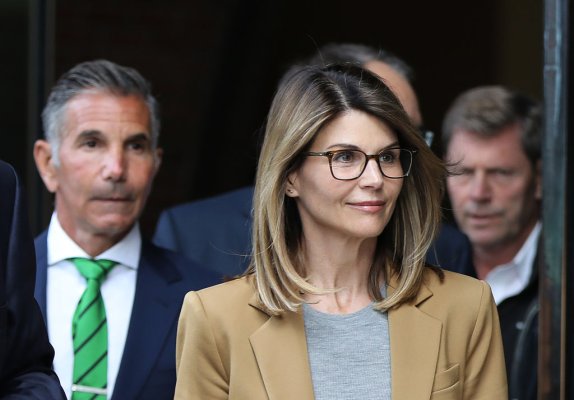