Why Defendants in the College Admissions Scam Are Changing Their Pleas

In the space of 22 hours late last week, the U.S. revealed that the three would change their pleas to guilty in the biggest college admissions scam it has ever prosecuted. On Monday morning, Hodge entered his new plea, with the others, plus Henriquez’s wife, Elizabeth, due in court in the afternoon.

That’s after they spent months planning their defense to fraud and money-laundering conspiracy charges — charges that could send them to prison for years if they lost at trial. And that may explain the rush for the exits.

“The decision to plead guilty right now strikes me as quite rational, given the prospect of a higher punishment if convicted,” said Daniel S. Medwed, a law professor at Northeastern University in Boston. “Some of us have called the plea system a ‘trial tax’ that pressures you to plead out, because of the stark sentencing differential between post-plea and post-trial sentences.”

The plea changes come as U.S. District Judge Indira Talwani has handed out a string of jail terms, ranging from two weeks to five months, to nine of the 10 parents sentenced so far, with a year’s probation for one. They and half a dozen other parents who have pleaded guilty admitted participating in a mail fraud conspiracy.

The parents who’ve been fighting the case — including Janavs, Henriquez and Hodge — face the additional, more serious charge, which could spur the judge who sentences them, Nathaniel Gorton, to take a harsher stance.

“After Felicity Huffman got 14 days in prison, I expect what happened is defense lawyers said, ‘This is the time to cut a deal, because if you risk going to trial and are convicted of conspiracy to commit money laundering, you could be looking at serious prison time,” said Peter Henning, a former federal prosecutor who’s now a law professor at Wayne State University.

“If I’m a defense lawyer, I’m telling my client to get out and get this behind you, and hopefully you can get a fairly light sentence,” Henning said. “It’s time to announce defeat and move on.” The “trial penalty” in this case could add up to a year or two behind bars, he said.

Parents caught up in the scam paid tens of thousands of dollars to rig their children’s entrance exam scores, prosecutors say. To lock in a seat an an elite university from Stanford to Georgetown to Yale, some allegedly paid hundreds of thousands in bribes for athletic coaches to put their kids’ names on recruiting lists. None of the colleges or applicants in the case have been charged.

The latest sentence came Friday, when Talwani gave Los Angeles property developer Robert Flaxman one month in jail, plus 250 hours of community service and a $50,000 fine, for paying $75,000 to fix his daughter’s test scores. He was previously accused of paying $250,000 as well, in an athletic recruitment scheme involving his son. That claim appears to have been dropped as part of his plea agreement.

No doubt the parents now changing their pleas have learned the nuances of the federal sentencing guidelines, which grant wrongdoers a degree of leniency for accepting responsibility for their crimes. And because judges aim for consistency in sentencing, the new round of parents may be planning to argue that their punishment should be no harsher than what the others got.

“I think the message is out,” Henning said. “‘Cut your deal now and hopefully you’ll receive a lighter sentence.’” 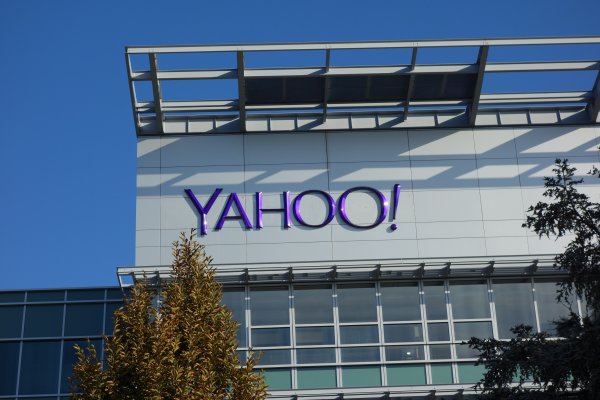 Yahoo Could Owe You Up to $358 for Data Breaches. Here’s How to File Your Claim
Next Up: Editor's Pick