A massive search is underway for a cadet who has been missing from the United States Military Academy, also known as West Point, since Friday, officials said.

A rifle is also missing, but the cadet, who has not been named, is not believed to be carrying any ammunition. The academy, about an hour north of New York City along the Hudson River, said there was “no indication” the public was at risk, but the cadet may be a danger to himself.

The cadet was last seen at approximately 5.30 p.m. ET on Friday, according to West Point.

A police helicopter, K9 dog units and a Coast Guard vessel have been involved in the search, which began in the early hours of Saturday morning.

“Safely locating the cadet remains our focus and number one priority,” said Lt. Gen. Darryl Williams, the Superintendent of West Point, in a statement.

West Point did not immediately respond to TIME’s request for comment beyond a press release. 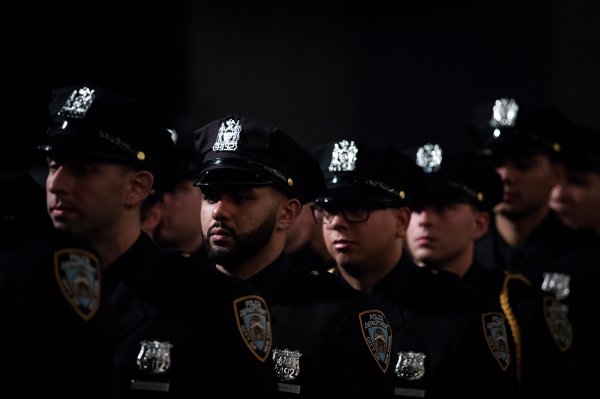 10 New York City Police Officers Have Died by Suicide in 2019
Next Up: Editor's Pick