A "For Rent" sign is seen on a building Hollywood, California, May 11, 2016. Angelinos are feeling the increasing burden of rising rents and threats of eviction as forecast indicate rent prices will continue to rise through 2018.
Robyn Beck—AFP/Getty Images
By Abby Vesoulis

Millions of Americans find themselves in a “Catch-22” when it comes to being able to afford the most basic of needs—a roof over their heads.

“Access to safe and affordable housing is essential to our quality of life. Unfortunately, housing prices continue to rise and middle-class families are being pushed out of the market,” said NDC Housing Task Force Co-Chair Rep. Ben McAdams, of Utah. “I’m proud that our Task Force has identified concrete steps Congress can take to boost the supply of housing.”

Housing prices are rising faster than wages in 80% of U.S. markets, according to a 2019 report by ATTOM, a real estate data firm. Renting is supposed to be a viable option for those who can’t yet afford a mortgage or down payment, but that is increasingly becoming out of reach, too. For every 100 extremely low income renter households, only 35 rental homes exist, according to the National Low Income Housing Coalition.

And these issues only exacerbate the homelessness problem in America: On a single night in 2018, 552,830 people were experiencing homelessness, according to a report from the Department of Housing and Urban Department.

One of the bills that the NDC is endorsing, called the Affordable Housing Credit Improvement Act, would increase the amount of low-income housing tax credits allocated to each state by 50%. It would also reform the program to target specific vulnerable populations, such as veterans, domestic violence survivors and Native Americans.

The group will also endorse a bill by Washington Rep. Denny Heck, a member of the Coalition, that would require local governments applying for grants to report whether they have enacted policies that could hurt housing affordability.

California Rep. and NDC member Norma Torres’ Sustainable Communities Act—a bill that would create $100 million worth of grants to improve housing, transportation, energy and land use planning, as well as $40 million to reform building use and zoning ordinances — is also being endorsed.

Finally, the New Democrat Coalition will support NDC member and California Rep. Scott Peters’ bill that would require housing feasibility assessments to determine where housing can be built near new transit stations. It also seeks to change land use policies to help create affordable housing.

“I’ve spent my career working to address our country’s housing crisis and I’m proud to continue that advocacy in Congress. These four bills are tangible and measured ways to improve the lives of our constituents,” said NDC Housing Task Force Co-Chair Rep. Katie Hill, a California Democrat. “From expanding and strengthening the Affordable Housing Tax Credit to encouraging the building of housing near transit stops, this slate of bills presents innovative solutions.” 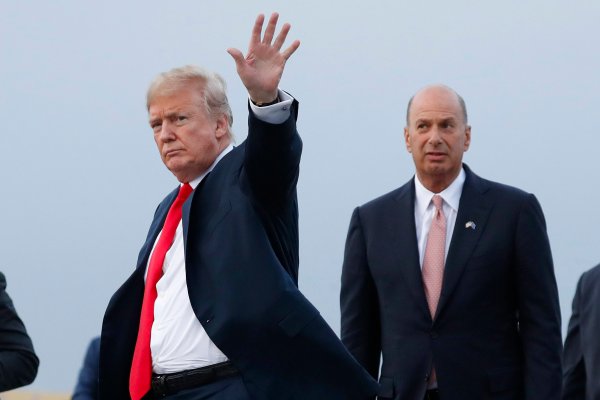 The 5-Hour Window Key to the Impeachment Inquiry
Next Up: Editor's Pick