'I Guess I'm the Meryl Streep of Generals.' James Mattis Takes Shot at Trump After President Called Him 'Overrated'

Former Defense Secretary James Mattis had a few jabs for President Donald Trump in a speech on Thursday.

Mattis gave the keynote address at the annual Alfred E. Smith Memorial Foundation a day after Trump called him “the world’s most overrated general” during a tense meeting with Congressional leaders on Wednesday about withdrawing U.S. forces from Syria.

“I’m honored to be considered that by Donald Trump because he also called Meryl Streep an overrated actress,” Mattis said in his speech. “So I guess I’m the Meryl Streep of generals, and frankly that sounds pretty good to me.”

Mattis resigned as Defense Secretary in December after Trump announced his plan to pull U.S. forces from Syria. He continued to make jokes about Trump in his speech on Thursday, including a jab at Trump’s repeated deferment from the Vietnam War draft due to bone spurs.

“I earned my spurs on the battlefield,” Mattis said. “Donald Trump earned his spurs in a letter from a doctor.” 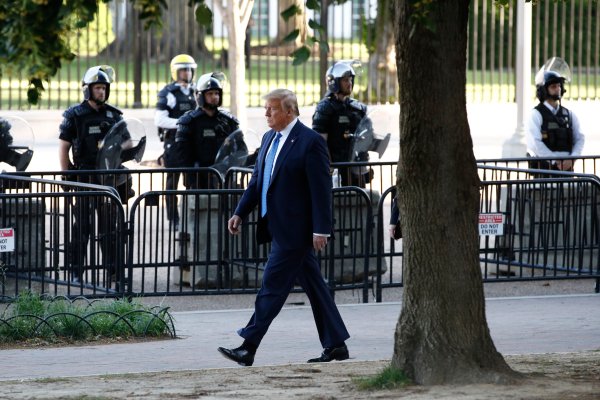