'Get Over It.' Trump Tied Ukraine Funding to an Investigation of the DNC, Says Mick Mulvaney

President Trump’s desire for Ukraine to investigate a conspiracy involving the Democratic National Committee and the 2016 elections was part of the reason military aid was held up, White House acting Chief of Staff Mick Mulvaney said Thursday.

The moment captured a stark admission by President Trump’s top White House aide that Trump took political considerations into account when deciding funding to a country the U.S. and allies have relied on in the past to counter Russia. Mulvaney insisted linking the aid was “absolutely appropriate” and went further to say that “there’s going to be political influence in foreign policy.”

Trump has denied there was a quid pro quo when it came to Ukraine military funding and Mulvaney’s acknowledgement seemed to run counter to Trump’s comments.

U.S. leaders have long tried to separate the appearance of political calculations from foreign policy actions, at least in public remarks. The Trump administration is turning that playbook on its head and saying that such actions are appropriate.

“The look back to what happened in 2016 certainly was part of the things he was worried about in corruption with that nation. And that is absolutely appropriate,” Mulvaney told reporters in the White House briefing room. In response to a question about whether the White House told Ukraine that funding will not flow to the unless the investigation into the Democratic server happened as well, Mulvaney said: “We do that all the time with foreign policy.”

Mulvaney confirmed that Trump had also brought up the debunked conspiracy that Ukrainian individuals were involved in the investigation into the Russian hacking of the DNC server in 2016. There was no such involvement. “Did he also mention to me in [the] past the corruption related to the DNC server? Absolutely,” Mulvaney said of a conversation he had with Trump. “No question about that. But that’s it, and that’s why we held up the money.” 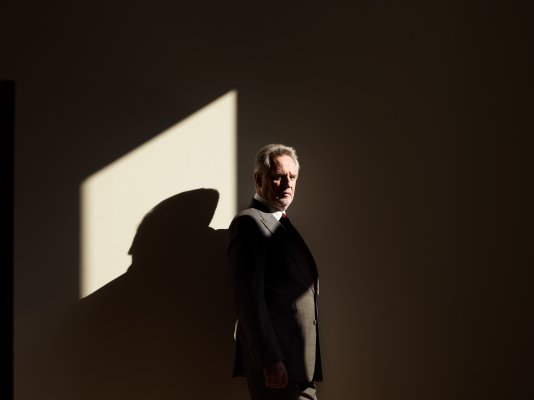 Oligarch Helped With Biden Attacks
Next Up: Editor's Pick