The women working in the commissary at the Baikonur Cosmodrome in Kazakhstan on March 27, 2015 barely paid attention as the moment approached when the Soyuz rocket, just visible less than a kilometer away, would lift off. But when the 20 engines at the base of the rocket lit at 12:42 AM local time, turning the deep night to a brilliant white day, they hurried over to the window to watch. Less than 20 seconds later, the rocket disappeared into a low-lying cloud bank.

TIME was there for the launch — and with good reason. One of the three men aboard the rocket that night was veteran astronaut Scott Kelly, who was on his way to spending a near-complete year in space. Like all crew members on the International Space Station (ISS), Kelly would be conducting observations and scientific experiments. Unlike other space station crew members, Kelly also was the experiment — a test of how the human body adapts, or doesn’t, to extended periods in zero-g. The results would be compared to identical tests conducted on his twin brother Mark, who was also an astronaut, but who was staying on Earth for the duration of the mission. Start with two identical genomes, put the subjects in decidedly non-identical environments, and any meaningful differences in their physical and mental states at the end of the year would provide a pretty good sense of the wages of space.

Over the course of that year, TIME’s video team continued to chronicle the mission, with footage shot around the world — in Moscow, Houston and Kazakhstan — as well as aboard the space station itself. With the help of Kelly, NASA and Roscosmos (the Russian space agency), roughly 52 terabytes of video were streamed down from orbit from the start of the mission to the end — about a terabyte each week.

The 12-episode series that was the result of all of that work was nominated for an Emmy Award in 2016 in the category of Outstanding Short Form Nonfiction or Reality Series. The following year, TIME and PBS won an Emmy in the Outstanding Science and Technology Documentary category, for the broadcast TV version of the series.

Now, all 12 episodes of the original production are available on Netflix for streaming and binge-watching. It’s been 1,665 days since Kelly went to space, and 1,325 since he came home. NASA is still analyzing the impact of his near-year aloft, and will continue to study both brothers in the years to come. What the space agency learns from its research will go a long way toward making future long-duration missions to the moon and beyond safe and survivable. TIME’s Year in Space series tells the tale of the adventure behind the science. 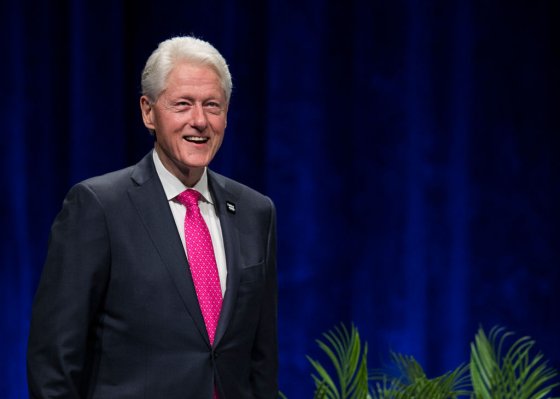