'Don't Be a Tough Guy. Don't Be a Fool!' President Trump Wrote to Erdogan About Turkey's Advance Into Syria

President Donald Trump wrote a letter to Turkish leader Recep Tayyip Erdogan calling on him to “work out a good deal!” and warning him not to be a “tough guy” or “fool.”

“History will look upon you favorably if you get this done the right and humane way,” according to the Oct. 9 letter, reported earlier by Fox Business Network and confirmed by the White House. “It will look upon you forever as the devil if good things don’t happen.”

Trump has been trying to contain the damage from his sudden move last week to pull American forces from northern Syria, allowing Turkey to proceed with a military operation in the region. The withdrawal left Kurdish fighters who fought for several years alongside American troops against Islamic State exposed to attack from the Turkish military.

Trump on Wednesday stood by his decision, rejecting criticism from key GOP supporters in Congress that he abandoned Kurdish allies and allowed Russia to fill the void.

Trump’s letter told the Turkish leader: “I have worked hard to solve some of your problems.” He didn’t elaborate.

Trump also referred to the case of Andrew Brunson, an evangelical pastor who had been held captive in Turkey on terrorism charges.

Brunson was freed from prison in Turkey in 2018 after Trump doubled metal tariffs on Turkey, fueling a weakening of the lira, and imposed financial sanctions on key Erdogan aides involved in the pastor’s case. Brunson had been accused of collaborating with terrorist groups and participating in a 2016 coup attempt in Turkey, charges he strongly denied.

Earlier Wednesday, Trump insisted the letter was proof that he hadn’t provided Erodgan a “green light” for his incursion into Syria.

“I wrote a letter right after that conversation — a very powerful letter,” Trump told reporters at the White House. “There was never given a green light. They’ve been wanting to do that for years and, frankly, they’ve been fighting for many, many years.”

Republican allies sought to spin the letter as evidence that the administration had warned Turkey against misbehavior. House Foreign Affairs Committee leader Michael McCaul described the missive as “very stern” and said it proved Turkey had acted despite warnings from the White House. 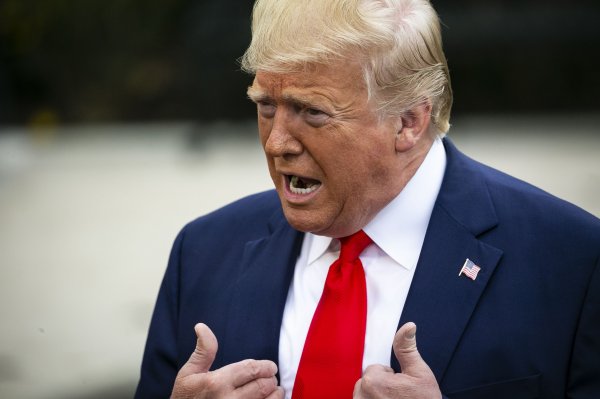