'No One Who Is 18 These Days Believes That War Is Easily Won.' With Call of Duty: Modern Warfare, Gaming's Most Successful Franchise Grows Up

It’s nighttime in London, and you’re with a group of counter-terrorism agents advancing on a house. Intelligence reports suggest there’s a cell of assailants inside who carried out an attack against the city. Your team breaks down the door and moves from room to room, killing anybody who poses a threat. But it’s not just armed men you find. There are children here too, scattering in the crossfire. Upstairs, you open the last door to find a woman who begs you not to shoot. When you pause for a moment, she lunges for a gun. It’s her or you.

This is a scenario in Call of Duty: Modern Warfare, the latest installment in one of video gaming’s most successful franchises. When the game’s millions of fans fire up this version, they’re going to find something very different from past games: a single-player campaign that’s a gripping and emotionally difficult depiction of life on the front lines of the global war on terrorism. It’s a major departure for the franchise and, for publisher Activision and developer Infinity Ward, a big risk too. Will players who look to video games for escapism want to grapple with the moral and ethical quandaries posed by real conflict? Or will they prefer to stick with cartoonish shooters like Fortnite and Overwatch, which ask only that players sit back and have a good time lobbing digital rockets and grenades at one another?

Modern Warfare’s creators are betting that adult gamers are ready for a more mature take. “No one who is 18 these days believes that war is easily won,” says Jacob Minkoff, who led the story design at studio Infinity Ward. “They want a war story that represents their experience living in a world that has been at war their entire lives.”

Activision has plenty riding on whether Minkoff is right. Call of Duty has been among the world’s best–selling video games since the original title, set in World War II, came out in 2003; it’s now a multibillion-dollar franchise. The games have rarely asked players to think too hard about the ramifications of never-ending global warfare. They’re more like action movies: characters inexplicably survive sniper attacks, airplane crashes and even entire buildings falling on top of them.

But in Modern Warfare, out Oct. 25 for PlayStation 4, Xbox One and PC, the story takes center stage, tackling heady themes like the question of terrorist vs. freedom fighter, the gray area in which modern Special Forces operate and the idea of national sovereignty.

In a step forward for the male-dominated world of first-person shooters, one of the story’s protagonists, Farah Karim, is the female leader of a group of fighters seeking to protect their homeland. While Karim lives in the fictional country of Urzikstan, she evokes the all–female Kurdish Women’s Protection Units active in northern Syria. In a flashback to her childhood, we watch through her eyes as her town suffers a chemical-weapons attack, forcing her family to flee. The first-person view— with the camera low to the ground to simulate a child’s perspective—makes it all the more powerful.

“You have people who never chose to be soldiers but who are forced into the role of soldier to fight for their homes,” says Minkoff. “Very early on, we decided that we wanted to tell the story both from the perspective of professional soldiers and civilian soldiers—what they fight for and the challenges they face.”

While other Call of Duty games take players from the invasion of Normandy straight through the fall of Berlin, Modern Warfare players won’t come away with a sense that they have “cleaned up the whole global war on terror,” says Minkoff. Rather, the point is to say something meaningful about the complexities of modern war. “No villain sees themselves as the bad guy,” says Taylor Kurosaki, studio narrative director at Infinity Ward.

How Call of Duty players respond to this year’s incarnation, with its ambitious, decidedly more adult approach to its subject matter, could show a path forward for this lucrative business as it comes under the cultural microscope once again. The game has been a favorite topic of concerned parents and pundits alike as debates continue to rage about the connection, or lack thereof, between video games and real-world shootings. A game this realistic and gruesome could bolster the case for those who have criticized the influence of violent games. But by tackling these themes, Modern Warfare might be doing more to illuminate the true horror of terrorism and gun violence than to glorify it. 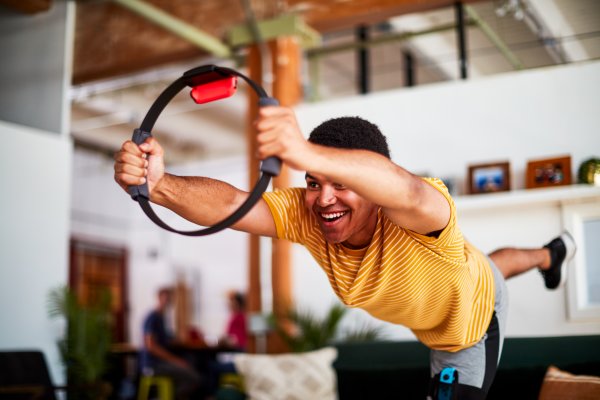