Democratic presidential candidate and U.S. Sen. Elizabeth Warren (D-MA) listens to a question from an audience member during the 2020 Gun Safety Forum hosted by gun control activist groups Giffords and March for Our Lives at Enclave on Oct. 2, 2019 in Las Vegas, Nevada.
Ethan Miller—Getty Images
By Charlotte Alter

In a new campaign finance plan released Tuesday, Sen. Elizabeth Warren announced that she will continue to reject big donors and corporate funding throughout the 2020 general election, if she’s the Democratic nominee, and challenged her opponents to disclose their big donors as well.

“If Democratic candidates for President want to spend their time hobnobbing with the rich and powerful, it currently legal for them to do so,” Warren wrote. “But they shouldn’t be handing out secret titles and honors to rich donors.”

It was a shot across the bow at opponents like former Vice President Joe Biden, Sen. Kamala Harris, and South Bend, Ind. Mayor Pete Buttigieg, who continue to accept money from big donors and hold the closed-door fundraisers that had been the hallmark of almost every major campaign until the Sanders 2016 presidential run.

Warren’s new plan was released just a day after Buttigieg drew blowback from online progressives for comments about his fundraising strategy. “My competitors can go with whatever strategy they like, but we’re going to make sure that we have the resources to compete because we we are going up against the sitting President of the United States,” Buttigieg told Snapchat’s Peter Hamby. “He has tremendous amounts of support and allies at his back, and we’re not going to beat him with pocket change.”

Progressives online slammed him immediately. “Small-dollar grassroots campaigns, aka what Buttigieg insults here as ‘pocket change,’ out-fundraise him by millions,” Rep. Alexandria Ocasio Cortez tweeted in responses. “Our nation’s leaders should be working to end the era of big money politics, not protect it.”

But Warren has so far raised an impressive haul despite rejecting big-money donations. The campaign announced in October that they’d raised $24.6 million in the third quarter from 943,000 donations, including roughly a third who donated to the campaign for the first time (the average grassroots donation was $26, the campaign said.) Senator Bernie Sanders, who also refuses corporate donations, raised even more that quarter: $25.3 million from 1.4 million contributions. And big donors doesn’t necessarily translate into top fundraisng numbers. Buttigieg raised $19.1 million last quarter, falling short of his Q2 haul. Biden raised $15.2 million, and Harris raised $11.6 million.

In addition to vowing to reject donations over $200 from executives at big tech companies, banks, private equity firms and hedge funds, Warren’s new plan would aim to make it illegal for federal candidates to accept corporate PAC money, close the loophole that allow foreign corporations to influence U.S. politics, ban lobbyist bundling and forbid the selection of ambassadors based on campaign donations.

The issue of campaign finance will likely come front and center at Tuesday night’s debate, as Warren enters the debate stage after month of rising in the polls. 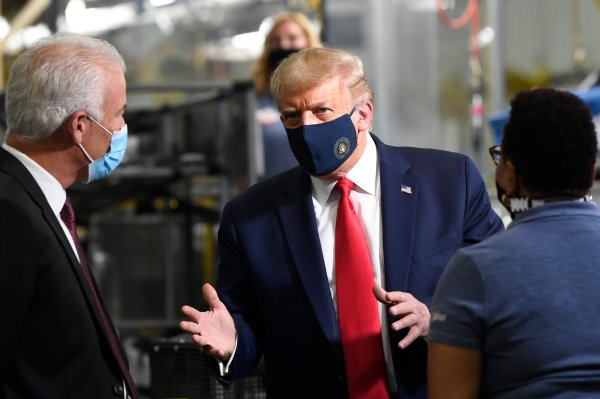