Criminal Justice Reform Shouldn't Just Focus on People Behind Bars. Here's How We Can Improve the Lives of Millions More

About 4.5 million people in the United States are on probation or parole supervision—double the number of people locked up. If this population were its own city, it’d be the second largest in the country, writes Missouri Gov. Mike Parson and Minnesota Gov. Tim Walz.
Chanin Wardkhian—Getty Images
Ideas
By Tim Walz and Mike Parson

Tim Walz is the Democratic governor of the state of Minnesota.

Mike Parson is the Republican governor of the state of Missouri.

When we talk about criminal justice reform, we naturally think about the people behind bars. But there’s another population that gets far less attention — one that’s facing a world of challenges which, if not addressed, will keep our nation’s prison populations stubbornly high.

About 4.5 million people in the United States are on probation or parole supervision — double the number of people locked up. If this population were its own city, it’d be the second largest in the country.

Probation and parole supervision are offered either in lieu of prison time or in exchange for early release. These options are meant to help people avoid crime and succeed in the community while keeping them out of prison. Instead, the data reveal a harsh reality.

A new report by The Council of State Governments Justice Center shows that 45% of state prison admissions nationwide are the result of violations of probation or parole, either for new crimes or technical violations. In 20 states, including Minnesota and Missouri, more than half of admissions are due to supervision violations.

Even more alarming is the number of people who are being sent back to prison as a result of technical violations, which are typically minor infractions, such as failed drug tests or missed curfews. According to the report, approximately 95,000 people are incarcerated as a result of technical violations on any given day. Incarcerating people for these types of infractions collectively costs states $2.8 billion annually, with 12 states each spending more than $100 million.

The costs of these technical violations feed into a larger price tag for taxpayers. The report shows that on any given day, nearly 280,000 people — almost one in four individuals who are incarcerated — are in prison as a result of supervision violations, costing states more than $9 billion each year. And these figures don’t account for the substantial costs of keeping people in local jails for supervision violations.

But our states are committed to implementing policies and establishing programs that help people succeed on supervision and advance public safety.

Facing the nation’s fastest-growing incarceration rate for women, Missouri recently transformed its Fulton Community Supervision Center into the first all-female residential probation and parole program in the state. Women’s circumstances, risks and mental health needs differ dramatically from those of men, and this intensive 120-day program is designed specifically for the women who are most likely to struggle with successfully completing their parole or probation terms.

Minnesota was at a critical juncture with its growing prison population in 2015. Faced with the prospect of building a new prison facility, a committee of stakeholders studied the drivers behind prison admissions due to technical violations of probation, ultimately recommending evidence-based changes to improve reentry outcomes over building new corrections capacity. As a result, in 2018 Minnesota saw the number of prison admissions for technical violations decline for the first time in eight years.

Data analysis is also a critical element of developing better supervision practices. Some state supervision agencies often don’t use data to inform their policies and practices — or assess how successful they are at keeping people from returning to prison — because they aren’t able to analyze violation trends in a timely way. Other states don’t have the necessary data to determine whether a violation was the result of a new crime or a technical violation, which is essential to understanding how the state responds to these instances and whether to make policy changes.

And while states have made some progress addressing issues related to supervision, most have had a disproportionate emphasis on parole, even though there were four times as many people on probation at the end of 2016. An increased focus on improving outcomes for people on probation could bring larger reductions in crime, arrests and prison admissions.

Our country has improved its overall criminal justice system over the past decade. Bipartisan collaboration in some states has led to progress lowering prison populations and recidivism rates while reducing crime rates and improving services that support crime victims. But it’s clear we have far more work to do, and addressing challenges with probation and parole could serve as the centerpiece to our nation’s next era of reform. 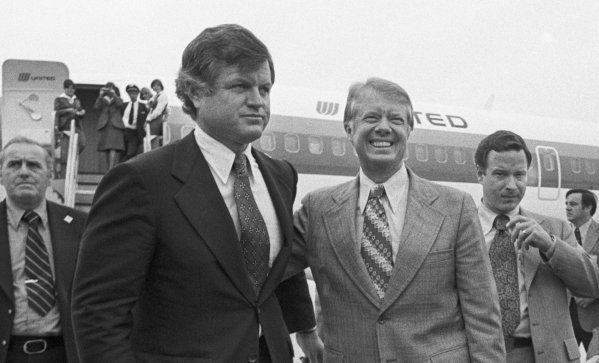 Could Trump Lose the Republican Nomination? Here's the History of Primary Challenges to Incumbent Presidents
Next Up: Editor's Pick