In the late ’90s, wildlife conservationists Zoe Jewell and Sky Alibhai were grappling with a troubling realization. The pair had been studying black rhino populations in Zimbabwe, and they spent a good deal of their time shooting the animals with tranquilizer darts and affixing radio collars around their necks. But after years of work, the researchers realized there was a major problem: Their technique, commonly used by all manner of wildlife scientists, seemed to be causing female rhinos to have fewer offspring.

The researchers published their findings in 2001, igniting a controversy in the conservation world. The problem, says Duke University professor of conservation ecology Stuart Pimm, is that being “collared” is extremely stressful for animals. “If you were walking through your neighborhood and suddenly a bunch of strange people came charging after you … and you got shot in the ass with a dart and woke up with something around your neck, I think you’d be in pretty bad shape too,” he says.

But Jewell and Alibhai had an idea. While working alongside the Shona tribe in Zimbabwe, they saw how the indigenous trackers were able to deduce an enormous amount of information about wildlife from animals’ footprints, including weight, sex, and species, all without getting anywhere close to the animals themselves. “We would go out with local game scouts, who were often expert trackers, and they would often laugh at us as we were listening to these signals coming from the collars,” Jewell says. “They would say to us, ‘all you need to do is look on the ground.”

Might it be possible, they wondered, to apply those time-tested techniques to conservation efforts?

Yes, it turns out. In 2004, the pair founded WildTrack, a nonprofit organization that developed a footprint identification technique (FIT) and specialized software for researchers to track wildlife populations. WildTrack can identify individual animals with 95% accuracy, it says, all without getting up close or using camera traps. Furthermore, Jewell says WildTrack’s technique can help solve one of the core challenges in any conservation effort: figuring out how many animals are in the wild, and where exactly they are.

While the process was inspired by indigenous trackers, Jewell says WildTrack’s technology is still limited compared to their capabilities. “It’s humbling in a way to look at what these expert [trackers] can do in the field,” she says. “We can only still emulate a tiny bit of that.”

A rhino footprint in Namibia. Researchers can use software to track rare animals without getting up close
Wildtrack

WildTrack’s method is being used in dozens of conservation efforts around the world, from monitoring rhinos in Namibia, to eurasian otters in Portugal, to tigers in Nepal. In China, where panda researchers formerly had little option but to measure the lengths of undigested bamboo pieces in feces to identify and track individuals, the FIT protocol, which is faster and more accurate, has been a breakthrough. “This is extraordinary, exciting work,” says Pimm. “It’s technologically very clever, and it feeds directly into good natural history.”

With hundreds of footprint images now coming in every week from monitoring efforts across the world, the researchers at WildTrack are looking to new advances in computing, especially artificial intelligence (AI), to speed up their work. Jewell and Alibhai have been working with software provider SAS since the late nineties. In 2018, they collaborated to create a machine learning algorithm that can automatically identify footprints or find marker points in footprint images, a task researchers used to carry out by hand. The team soon trained an AI system to recognize different species of big cats just from looking at paw prints. “After a while, you get it to tell the difference between a cougar and a snow leopard, or any of the big cats really,” says Craig Mann, a software developer on the WildTrack project at SAS. Although the AI software doesn’t yet do all the work of human researchers, it has made the time-consuming FIT process about five times faster.

AI advancements aren’t just being used to help conservation efforts in the lab — WildTrack’s researchers are also using AI to improve their footprint-gathering technique. Together with European drone company senseFly, they’re developing an AI-powered drone to track footprints and collect information about animals from the air. In August, the researchers tested a drone typically used for mining, surveying and agriculture to scan a large area and locate human, dog and horse tracks. Their hope is to develop a drone that can scan footprints in higher resolution, as well as follow animal tracks across grasslands or deep snow.

A black rhino in Namibia, as seen from a specially designed drone. Technology like this could help researchers and authorities keep track of threatened species
Wildtrack

Some of WildTrack’s work has attracted interest from outside the conservation community. The group has received financial support from the U.S. Army, which often funds projects in which it sees a possible long-term benefit. Some of that interest came from the Army’s own conservation work, which includes helping park rangers prevent poaching and illicit trafficking of elephant tusks and rhino horns, activities that can fund extremist groups. But it’s also interested in using similar techniques to track humans. “We see this as a long-term investment,” says Stephan Lee, a chief scientist at the U.S. Army Research Laboratory. “The techniques developed can be obviously applied to studying if [we can be] identifying individuals specifically.”

For Jewell, it’s a fortunate coincidence that the U.S. Army’s goals align with those of WildTrack. She says stopping trade in body parts like rhino horns from endangered animals is beneficial both for conservation and regional stability. “We feel very encouraged that the U.S. Army Research Office is working with us to support the conservation of endangered species and glad that we have a common mission,” she says over email.

That military research may eventually pay dividends in the defense sphere, but it’s also a potent reminder of the potential for all technologies, even those developed for as agreeable a purpose as wildlife conservation, to be used in different ways than originally intended. But for conservationists faced with a slew of threats — poaching, habitat loss, climate change — there may be little alternative but to use every technological advancement and financial opportunity at their disposal to prevent the extinction of vital species. And if that means monitoring rhinos from military-funded, AI-powered footprint tracking drones gliding high above the savanna, then so be it. “Non-invasive monitoring, I think it’s very much an idea that’s time has come,” says Pimm. “It’s going to be the wave of the future.” 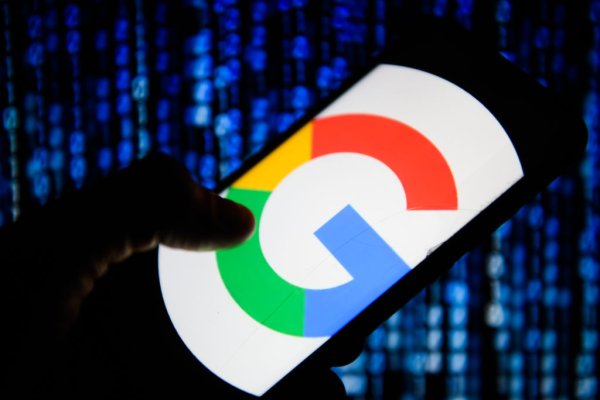 Google Has Achieved 'Quantum Supremacy'
Next Up: Editor's Pick