The Freedom Hong Kong Needs Most Is Freedom From Violence

Let’s not beat around the bush. Hong Kong is among the freest cities in the world. The fact that, despite all the turmoil over the last four months, we still have lawful assemblies practically every week—freely reported by news media around the world—is strong testament that freedom of expression, and of the press, is well respected and safeguarded here. The rioters, and along with them to some extent, the international community, fear Hong Kong would come under Chinese rule. That fear is wholly unjustified for the simple reason that if Hong Kong were not ruled by Hong Kong people, but by China, do you think all the public assemblies, lawful or unlawful, could escape suppression for so long?

And yet, the loudest slogan you hear every day in Hong Kong today is “Liberate Hong Kong!” Liberate from what? Free Hong Kong, already a free city, from what? The rioters say from the rule of terror—they say we are living under a reign of terror in the form of the incompetent and uncaring rule of the local government and from police brutality.

The rest of our community will say we are living under a reign of terror where police may be maimed or killed every day; where ordinary people and tourists may be falsely imprisoned and badly beaten up just for disagreeing with the Five Demands or the violent conduct of those wearing black; where business establishments like Mass Transit Railway, Maxim’s chain restaurants and shops, and Chinese banks and businesses, may be vandalized, burned or destroyed, and their customers attacked physically and verbally just for being there; where family members, and small children of policemen and women, are being singled out and vilified at their places of work and schools and even kindergartens. And the saddest thing is, both sides may be right. But is that the answer?

Nothing justifies violence, let alone extreme violence, even by way of revenge or retaliation. Nothing justifies attempted murder, arson, or attacking innocent people and children—even if the government is incompetent or callous, or the police act with excessive force. This has nothing to do with freedom, or democracy for that matter. This has to do with proportionality and humanity. Pope John Paul II said it well: “When freedom does not have a purpose, when it does not wish to know anything about the rule of law engraved in the heart of men and women, when it does not listen to the voice of conscience, it turns against humanity and society.”

Hong Kong is right at the edge of total collapse. Whatever the rights and wrongs, we must look beyond any misguided slogans, any misjudged decisions, and any misconduct of those in power if there be. There is an ongoing debate as to who is more wrong and who should take the first step to reverse the current situation. The government took the first steps by withdrawing the Extradition Bill and starting a dialogue at the community level, but that is not enough. The government must show its complete sincerity by promising to discipline those in the police force who have acted with impropriety or excessive force. It matters not whether such act of sincerity comes in the form of an independent inquiry or the statutory Independent Police Complaints Council. It is the result of any such investigation that matters.

Most U.S. Companies in H.K. Are Worried About Security Law

On the other hand, those who oppose the government must also act their part. The community will not mend itself with the government acting alone. Those in opposition must accept freedom is not in issue here, but a joint determination to make Hong Kong work again is. The rioters will not listen to reason coming from the government. If they did, they would not be rioting in the first place. But they do listen to political and opinion leaders in opposition. It is time for these leaders to demonstrate their commitment to Hong Kong. They often like to quote and emulate Nelson Mandela. Well, it is precisely Nelson Mandela who said, “For to be free is not merely to cast off one’s chains, but to live in a way that respects and enhances the freedom of others.” Whatever the argument, we must respect the freedoms of the rest of the community: the freedom to take a different view on a controversial bill, the freedom to do business in a safe and orderly environment, and the freedom to be protected by the rule of law. If one accepts that, there is no justification to commit violence in the street.

It is only with a complete and immediate cessation of violence that Hong Kong can start rebuilding trust and confidence within our community. At the end of the day, what we desperately need is not to free Hong Kong, but to free Hong Kong from violence. 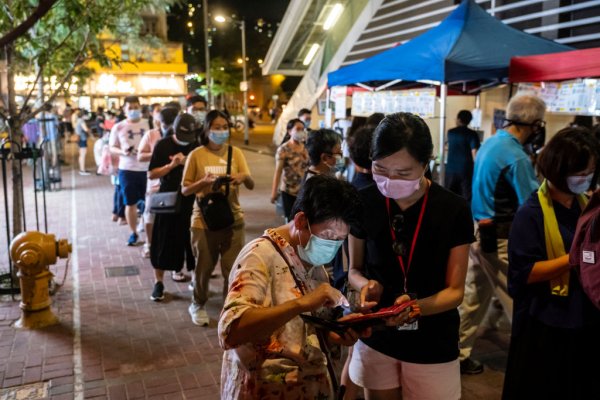