Here's Everything We Know So Far About Elena Ferrante's New Novel, The Lying Life of Adults

Mysterious Italian author Elena Ferrante will soon release a new novel — her first since 2014, when she published the last instalment of the four Neapolitan novels that made her a global literary star.

That quartet, which followed two girls growing up in a poor neighbourhood of Naples during the 20th century, was praised by critics for its striking insights into female friendship and for its artful weaving of personal stories with national political histories. The books won a devoted following, selling some 2 million copies in North America alone and helping to spark a vogue for translated fiction in English-speaking countries.

In the run-up to the novel’s Italian release, publishers for Ferrante – who keeps her real identity secret by using a pseudonym – have been slowly releasing details about its title, plot and English language release date. Here’s what we know so far about Ferrante’s new novel.

When is Elena Ferrante’s new book coming out?

Ferrante’s Italian publishers announced the new book in September, giving it a Nov. 7 release date for the Italian edition — though Anglophone audiences will have to wait a bit longer.

When will the book be available in the U.S.?

The English-language version of Ferrante’s new novel will be released in the U.S. in hardback on June 9 next year – seven months after its Italian release.

The Lying Life of Adults will be translated by Ann Goldstein, a New Yorker editor who has worked on translations of Ferrante’s work since 2004.

What is the book called?

Ferrante’s new novel is titled The Lying Life of Adults, according to her U.S. publisher Europa Editions. That’s a literal translation of the Italian title: La vita bugiarda degli adulti.

What do we know about the plot of the book?

Ahead of its Italian release, Europa shared a description of the novel’s plot on Nov. 6. Across 336 pages, it will tell the story of a young woman named Giovanna growing up in Naples, and her struggle to come to terms with the end of her childhood.

“Giovanna’s pretty face has changed: it’s turning into the face of an ugly, spiteful adolescent,” the description reads. “But is that really what’s happening? What mirror does she have to look in to find herself and save herself?”

The book will also explore tensions within Naples, the setting of Ferrante’s famed series. “Giovanna searches for a new face in two kindred cities that fear and detest one another: the Naples of the heights, which assumes a mask of refinement, and the Naples of the depths, which professes to be a place of excess and vulgarity.”

Europa has also posted the novel’s opening passage on Twitter.

The excerpt shares similar themes to the rest of Ferrante’s work, focusing on fraught family relationships and the difficulty of communicating one’s own story.

Who is Elena Ferrante?

We still don’t know for sure. Ferrante adopted her pseudonym before publishing her 1992 debut novel L’amore molesto (Troubling Love). She used it for several more works — all focusing on complex female protagonists — before starting the Neapolitan quartet in 2011 with L’amica geniale (My Brilliant Friend). Though some of Ferrante’s back catalog has been newly translated into English since the series ended in 2014, the new novel will be Ferrante’s first in five years.

Ferrante doesn’t do book tours and gives all her interviews via email. She says the absence of her identity is key to her creative vision. “I wanted to detach myself from the finished story. I wanted the books to assert themselves without my patronage,” she told The New York Times in 2014.

In 2016, Italian investigative journalist Claudio Gatti controversially claimed to have discovered Ferrante’s real identity, having looked through financial records to unmask her as a Rome-based retired librarian and translator, originally from Germany and married to a prominent Italian writer. Fans, fellow authors and the literary world condemned the attempted unmasking as a breach of privacy. “We just think that this kind of journalism is disgusting,” her publisher told The Guardian. Ferrante did not comment on Gatti’s claim.

After the unmasking scandal, some expressed fear that Ferrante might never return to the literary world. But her publishers announced a year later that she was writing again.

Is Elena Ferrante releasing anything else soon?

There’s plenty going on in the Ferrante universe to keep fans interested ahead of the new novel’s release. On November 19, Europa will publish Incidental Inventions, a collection of the short essays Ferrante wrote as columns for Guardian for a year until January 2019.

HBO released the first image from the second season of its adaptation of the Neapolitan novels in July. The first miniseries debuted last year and is co-produced with Italian production company RAI Fiction. Italian media report that filming for the second season, is over and that a fragment of a trailer is already circulating on social media.

In October 2018 Ferrante confirmed that actor Maggie Gyllenhaal is adapting another of the author’s novel, The Lost Daughter, into a film — Gyllenhaal’s directorial debut. Ferrante has said she doesn’t mind if Gyllenhaal, as a female director, strays from her vision in the novel. “In the great warehouse of the arts, set up mainly by men, women have for a relatively short time been seeking the means and opportunities to give a form of their own to what they have learned from life,” she wrote in an essay for The Guardian. “So I don’t want to say: you have to stay inside the cage that I constructed.”

Correction, October 16: The original version of this story misstated the title of the Elena Ferrante novel that actress Maggie Gyllenhaal is adapting for her directorial debut. The novel is The Lost Daughter, not The Story of the Lost Child. 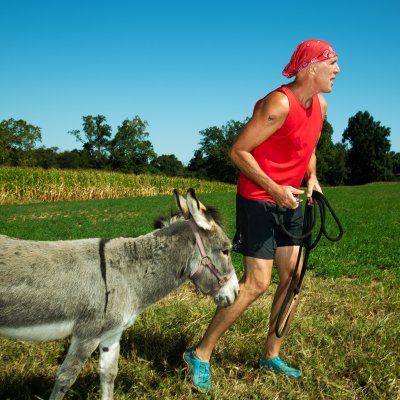