4 Killed and 3 Injured in Brooklyn Shooting

Four people were killed and three were injured in a shooting in Brooklyn, the New York Police Department confirms to TIME.

Police responded to to a call about shots fired at 6:55 a.m. on Saturday. When they arrived they found four adult men who were pronounced dead at the scene, and a woman and two men who suffered non-life threatening injuries and taken to hospitals. Police said the ages of those who were shot range from 32-years-old to 49-years-old.

While police said they would not release the names of the seven victims at this time, they said they have “tentative” information that two of the victims lived outside of New York and the rest lived in Brooklyn.

Police say the shooting occurred at 74 Utica Avenue, in the Weeksville neighborhood of Brooklyn and gave no additional information whether any suspects were arrested.

In a press conference Saturday morning, an NYPD officer said police believe the shooting took place at an illegal gambling organization, but wouldn’t speculate as to motive at this time. The officer noted that police did not see evidence of alcohol consumption, but saw evidence of gambling with cards and dice. He added that police have recovered two guns as evidence of shots fired.

The officer estimated that at least 15 people were inside when the incident occurred at least 15 shots were fired, but he stressed police only have preliminary information.

The gun-control advocacy group Everytown for Gun Safety defines a mass shooting as any shooting in which four were killed, not including the shooter. Per this definition, and by the nonprofit Gun Violence Archive‘s count, this is the 329 mass shooting in the U.S. in 2019.

The investigation is ongoing. 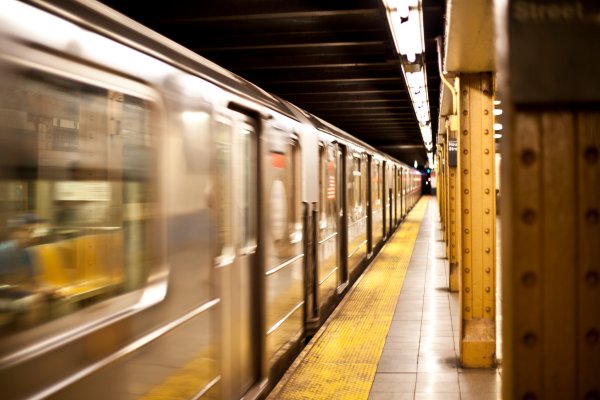