It is tempting to dismiss what is happening in Venezuela—the economic meltdown, the student demonstrations, the jailing of an opposition leader, the crackdown on the media—as nothing more than business as usual in Latin America. This would be a mistake: the crisis in Caracas is new, dangerous and demands attention.

It is true that high rates of crime and economic difficulties continue to plague several countries in the region. And yes, other Latin American nations have also been hit by episodes of violence in recent years. But for much of the region, widespread shortages of everyday necessities, brownouts, spiraling inflation and yawning gaps between official and black exchange rates belong mainly in the past. Yet they are all present in Venezuela today. The same is true of President Nicolás Maduro’s heavy-handed tactics, of the armed goons trying to disrupt the anti-government protests and of the crackdown on critical lawmakers and other politicians. The worst throwback would be a breakdown of constitutional rule if part of the military gets nervous.

This state of affairs is dangerous for several reasons. Venezuela borders three countries—Colombia, Brazil and Guyana—and sits on massive oil and gas reserves. It accounts for a fifth of U.S. crude imports and provides subsidized fuel to a dozen poor countries in the region. It is the main transit route for cocaine from Peru and Colombia to Africa, Europe and Mexico. Caracas also delivers life support to Cuba: without the roughly $10 billion yearly subsidy, the Castros’ island would sink.

Despite this, almost everyone in the region—Panama is the exception—has remained silent, passive or, worse still, supportive of Maduro and the disaster Hugo Chávez bequeathed to his people before his death. U.S. Presidents George W. Bush and Barack Obama decided that the best way to deal with Venezuela was benign neglect. Mexico, Colombia, Peru and Chile do not sympathize with the regime but have done their best to keep out of the way. Brazil and Argentina have shamelessly exchanged diplomatic support for juicy construction contracts and food sales. Everyone else either depends on Venezuelan petrodollars or sincerely likes the anti-Yankee, Bolivarian rhetoric of years gone by.

It was only recently that Latin Americans finally began to worry. After a meeting of foreign dignitaries in Chile during President Michelle Bachelet’s inauguration, a commission of several foreign ministers from UNASUR—the South American group of left-leaning governments—was dispatched to Caracas to help find a solution to the crisis. A Vatican mediation attempt has also begun. The challenges ahead are enormous, but at least outsiders have succeeded in persuading Maduro to accept the principle that without help from abroad, the crisis is unmanageable.

For the process to work, three conditions must be met. First, Maduro and his allies must accept that no one can extricate Venezuela from its economic distress without a consensus within the country about the painful process of reforming its economy. Second, the opposition—divided today between a radical wing identified with Leopoldo López, who surrendered to police in February, and his charismatic colleague María Corina Machado, and a more moderate faction led by former presidential candidate Henrique Capriles Radonski—has to cut a deal. They must support economic reforms in exchange for clean legislative elections in 2015 and a possible presidential recall vote in 2016, under the watch of impartial electoral authorities, international observers and a free media.

And the international community—ranging from Spain, which has suspended sales of anti-riot gear to Maduro, to U.S. lawmakers calling for visa cancellations and asset seizures—has to be more strategic. Some countries, like Brazil and Colombia, should be out in front; others, like the U.S. and Mexico, should “lead from behind.” For every “good cop” supporting Maduro and using friendship and money to persuade him to negotiate, there has to be a “bad cop” pushing for and implementing sanctions, but also cajoling the opposition to desist from pushing for Maduro’s ouster. Only then does any outside effort stand a chance of success. 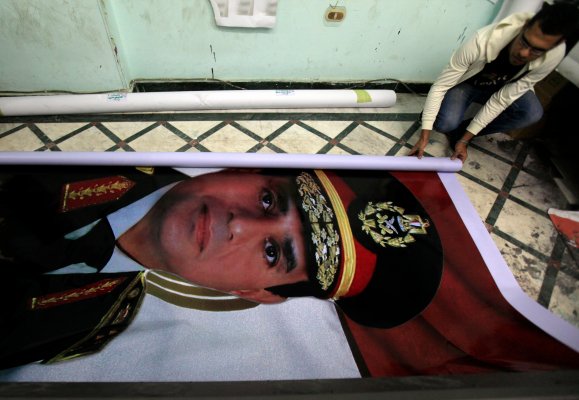