On Sesame Street, Elmo has a new friend: Karli, an adorably furry, bright green Muppet whose mother is battling addiction. That’s right, it looks like Sesame Street is endeavoring taking on the opioid crisis in a way that kids can understand.

The initiative came about as the opioid crisis grew. An average of 130 people die every day from opioid-related drug overdoses—and many of them are parents, according to the Centers for Disease Control and Prevention. According to creators, around 5.7 million children under the age of 11 live in a home with a parent with substance abuse issues and one in three of those kids will enter foster care due to parental addiction, a number that has grown by more than 50% in the past decade.

According to The Guardian , the empathetic minds working behind-the-scenes at Sesame Street heard those numbers and realized that there were a lot of kids that could use a new relatable friend.

Karli was first introduced in May 2019 as the face of the Sesame Street in Communities foster care initiative. They decided to expand Karli’s storyline to explain that she was placed in foster care when her mother went away for treatment for addiction and she is now in recovery. Karli and her story will be very relevant to a lot of children in the world.

Sesame Street has a long history of tackling difficult issues with sensitivity. It has touched on death, racism, and has introduced Julia, a Muppet with autism, as well as Lily, who is homeless.

Karli’s story is part of the Sesame Street in Communities resources that are available online only (no HBO subscription necessary). In the series, favorite Sesame Street characters like Elmo and Abby Cadabby learn about Karli’s life and do their best to help their friend cope with an incredibly difficult situation. Like when Elmo’s dad, Louie, explains that addiction is a sickness, or when Karli tells Elmo and Chris about her mom’s special adult meetings and her own kids’ ones.

“Addiction is often seen as a ‘grown-up’ issue, but it impacts children in ways that aren’t always visible,” Sherrie Westin, President of Global Impact and Philanthropy, Sesame Workshop said in a statement. “Having a parent battling addiction can be one of the most isolating and stressful situations young children and their families face.” Now, thanks to Karli, kids may feel a little less alone. 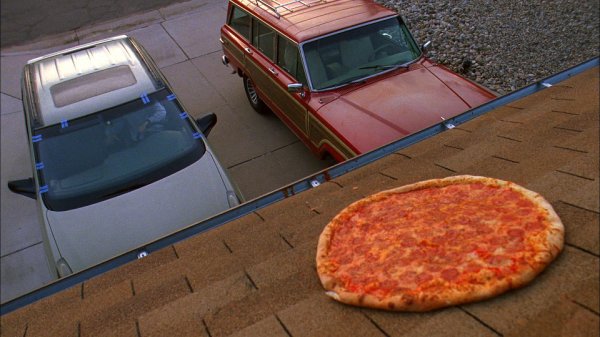 How Breaking Bad's Iconic Pizza Scene Evolved From the Great Sliced Vs. Unsliced Debate to the Pizza Prank War
Next Up: Editor's Pick