Ibrahim al-Asiri, a senior al-Qaeda bomb maker and terrorist coordinator, was killed two years ago in a United States operation in Yemen, the White House announced on Thursday.

Al-Asiri had been in hiding in Yemen for years and was the repeated target of U.S. drone strikes. The U.S. mistakenly believed they had killed him in a 2011 strike. They later targeted a man they believed was al-Asiri in a May 2012 strike, but he turned out to be another al-Qaeda leader.

As TIME wrote in 2013, the Obama administration believed al-Asiri was “the most dangerous terrorist in the world.” He was connected to the failed “underwear bomb” aboard a U.S.-bound flight on Christmas Day 2009, and allegedly built bombs that nearly detonated within two Chicago-bound international cargo planes in 2010. Al-Asiri also allegedly planned to blow up a U.S. airliner in 2012 around the anniversary of al-Qaeda leader Osama bin Laden’s death, but was stopped when the member chosen for the suicide mission turned out to be a double agent for the U.S. Per the White House statement, Al-Asiri also built a device used in an assassination attempt of the former Crown Prince of Saudi Arabia.

“Al-Asiri’s death significantly handicapped al-Qa’ida in the Arabian Peninsula,” the statement reads. “The United States will continue to hunt down terrorists like al-Asiri until they no longer pose a threat to our great Nation.”

The reveal comes at a moment when the Trump administration faces pressure for their recent announcement to withdraw troops from Northern Syria, putting Kurdish forces — key U.S. allies in the fight against ISIS — at increased danger of attacks from Turkey. The Kurds, part of the U.S.-backed Syrian Democratic Forces, control facilities holding about 11,000 ISIS detainees. If the Kurds abandon the detention camps to fight the Turkish military, thousands of ISIS operatives could escape, U.S. officials worry.

President Donald Trump has faced criticism from members of his own party in Congress for his decision to withdraw troops from Syria’s border with Turkey. South Carolina Sen. Lindsey Graham, usually a staunch defender of the President, called the move “a major blunder” that “cuts against sound military and geopolitical advice.”

Senate Majority Leader Mitch McConnell warned that “a precipitous withdrawal” of troops would benefit Russia, Iran and Syrian President Bashar al-Assad, and increase the risk that the Islamic State would “regroup.” 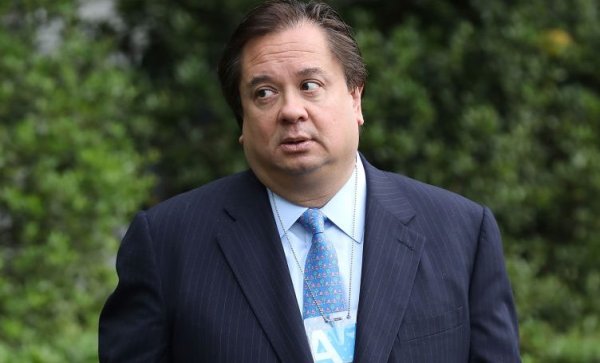