On Oct. 4, Daryl Morey–general manager of the NBA’s Houston Rockets–hit send on a tweet expressing solidarity with pro-democracy protesters in Hong Kong. He didn’t do this in an official NBA capacity; his tweet nevertheless set off a firestorm in China, which promptly set off alarms at NBA headquarters in New York City. Morey took down the tweet, and to contain the fallout, the NBA issued two press releases, one in English and one in Chinese that was decidedly more apologetic. It’s as if NBA officials were unaware that the Internet exists in 2019.

Uproar ensued, in both China and the U.S. China said it would halt broadcasting and streaming Rockets games. Chinese sponsors have followed suit in cutting ties with the team, among other measures. It was an entirely predictable Chinese response to unwanted foreign criticism.

For U.S. fans, the NBA was supposed to be better than this; the NBA has a strong record when it comes to supporting its personnel’s speaking their minds. Enes Kanter, center for the Boston Celtics, once called Turkey’s President “the Hitler of our century.” When he decided to skip a game in London out of security concerns, NBA commissioner Adam Silver backed the decision, saying, “I support Enes as a player in this league, and I support the platform the players have.” Turkish broadcaster S Sport decided not to televise last year’s Western Conference finals because they featured Kanter, then a member of the Portland Trail Blazers. Kanter remains in the NBA.

But Turkey is not the market China is. The NBA supports the free speech of its players and personnel when it costs little, but not when $4 billion is on the line. The league’s position may be a hypocritical approach, but this is a fight the league just can’t win. The NBA has spent years trying to balance its values while making inroads into China’s 1.4 billion-strong consumer market. China has been forcing companies to toe Beijing’s political line for far longer. South Park took on Chinese censorship in a recent episode; the show has been effectively banned there since. For a show built on taking swipes at all different kinds of authorities, it’s the cost of doing business. Businesses not built on irreverence are typically forced to fire people for these sorts of transgressions.

Silver eventually got around to saying the right thing, albeit too late to head off the crisis. “It is inevitable that people around the world … will have different viewpoints over different issues. It is not the role of the NBA to adjudicate those differences. However, the NBA will not put itself in a position of regulating what players, employees and team owners say or will not say on these issues.” An admirable sentiment, but one that’s increasingly incompatible with business realities for a global brand in 2019 (or with even one more pro–Hong Kong tweet from the NBA).

As a league, the NBA never should have waded into this political fight. If the NBA wants access to the Chinese market, it will now need to play by Chinese rules, and in today’s world those rules don’t just stop at China’s borders. While plenty in the league have expressed support for Morey, you can bet that no one affiliated with the NBA will again publicly support protests in Hong Kong without thinking twice.

Hong Kong is far from the only hot-button issue for China. Further from the spotlight is the Uighur population of China’s western Xinjiang province, Muslims who have been victims of harsh and systematic oppression for many years. The NBA has not yet offered comment. 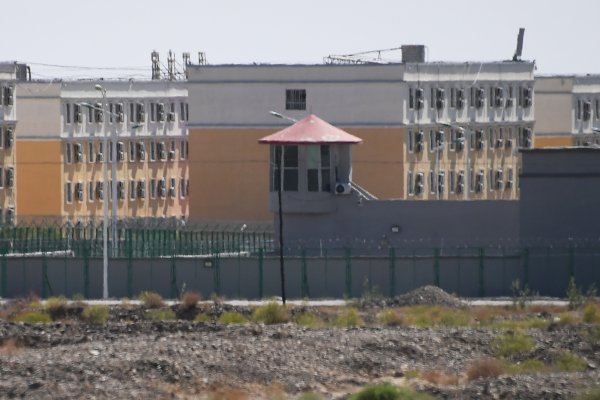 Rights Group Slams Detention of Uighur Children in Xinjiang
Next Up: Editor's Pick