A thread of melancholy runs through K-pop group TWICE’s latest music video. “Feel Special” is, visually, as dazzling as any other release from the act that has established itself as an icon of bright, cheery pop — the nine members dance with flair in sparkling dresses on a golden stage. But the joyful lines that have become a trademark of the group since they formed in 2015 — refrains like “cheer up baby” and “let’s dance the night away” — have evolved into something more somber. In the opening lines of the title track from their new album of the same name, one member sings in Korean, there are “days when I suddenly feel all alone, when I feel like I don’t belong anywhere.”

Up until this point, TWICE’s viral hits have largely been optimistic, oftentimes generic confessions of love. “This time, we are trying to show our real heart to the listeners as individuals,” vocalist Sana tells TIME in an interview. Sana, joined by group leader Jihyo, oldest member Nayeon and rapper Dahyun, recently spoke to TIME on the phone, via a translator, to discuss the group’s new direction.

By now, TWICE’s nine members — Jihyo, Nayeon, Jeongyeon, Momo, Sana, Mina, Dahyun, Chaeyoung and Tzuyu — have grown accustomed to setting and breaking their own records. Feel Special has already reached the highest first-week album sales for a K-pop girl group, adding to TWICE’s six million-plus albums sold worldwide. At the start of their career four years ago, the group’s music video “Like OOH-AHH” became the first K-pop debut track to reach 100 million views on YouTube. Since then, TWICE has gained hundreds of millions of views on the platform. BTS, Blackpink and soloist Psy are the only K-pop acts with music videos that have more YouTube views. But TWICE’s online impact reaches far beyond the video site. On Twitter, member Momo’s name trended ahead of the Apple event in the U.S. when, on the same day the tech giant introduced the iPhone 11, TWICE dropped her individual teaser clip for the “Feel Special” video. The occasion demonstrated that even a dose of new information — in this case, Momo’s hairstyle change — can spark a tweetstorm among TWICE’s fans, who are referred to as “Once.”

And yet, a cloud looms above their recent milestones. Mina, one of the group’s main dancers, has been sitting out of the promotional activities for Feel Special. A few months ago, JYP Entertainment announced that she would not be participating in TWICE’s world tour because she was “struggling with sudden anxiety and insecurity toward performing on stage.” Shortly after, the company posted an additional note explaining that her condition was confirmed as anxiety disorder. The statement was one of the first times a K-pop label shared the specific health-related diagnosis of a member — especially one regarding mental health. As Mina’s hiatus continues, the group’s music has taken a turn to reflect more of TWICE’s personal hardships.

“You make me feel special, no matter how the world brings me down, even when hurtful words stab me,” the group sings in the chorus of “Feel Special.” Nayeon says that Park Jinyoung, founder of JYP Entertainment, wrote those lyrics after a dinner with group members during which they shared their feelings about grappling with the pressures of fame. “He expressed that into the lyrics,” she explains. “This title track has our stories.” In other songs of the album, TWICE members participated heavily in songwriting — with one track, “21:29,” being the first on which all nine members wrote the words together, as a message of appreciation to their fans.

The success of a rapidly growing fanbase is accompanied by a new set of challenges. “Since we were getting a lot of love from fans, that means we have to try to meet their expectations,” Nayeon says. “This was mentally giving the members a very hard time.” These expectations come from not only fans, but the general public in South Korea — TWICE has become a household name with hit songs recognized across generations. “The most detailed example of meeting this expectation is shown as one member is resting now because she is also struggling,” Jihyo says, referring to Mina’s absence.

As a group that consistently drops new music at least three times a year, TWICE is a more prolific act than most K-pop groups. Only a few weeks after releasing Feel Special, TWICE shared news about an upcoming Japanese album scheduled for November. In the Korean music scene, these packed schedules often mean there is little time for idols to rest. While many Western artists are accustomed to album cycles that allow for some downtime in between, breaks are not common for the most popular K-pop acts. Earlier this summer, BTS made headlines for announcing “an official and extended period of rest and relaxation” for the first time since their debut in 2013. The break ended a month later.

Artists sitting out of performance obligations is not unprecedented, but their absences have typically been explained by more ambiguous notes like “health reasons.” JYP Entertainment’s statement about Mina’s hiatus was lauded for its openness, and TWICE’s fans offered messages of support to the group during the stretch of the world tour that she did not attend.

“This was the first concert without Mina, only eight members participated,” Jihyo says about the period spanning from July to August. “I really felt a lot of emptiness.” At the stops in cities from Los Angeles to Singapore, fans coordinated turning their light sticks to Mina’s official color — mint green — during one of the ballad performances. The effort resulted in a sea of uniform, glowing lights among thousands. “When I saw the Candy Bongs [TWICE’s light sticks] were all lighted as Mina’s official color, I felt Once were saying that they will be waiting for Mina as we were waiting in the same way,” Sana says.

TWICE members say that seeing the reaction to the company’s statement about Mina’s health condition was a relief. “We were also feeling similar anxieties as Mina did, all members were feeling that,” Nayeon says. “As I saw the positive response, I thought that TWICE doesn’t have to be in a rush when it comes to activities.” She wants Mina to be healthy before she returns. Dahyun shares the sentiment. “Physical health and mental health are the most important things that members should take care of,” the rapper adds.

While Mina participated in the recording process of the latest album, she is continuing her hiatus from public appearances and sitting out the rigorous promotional activities that follow a K-pop release — oftentimes including daily performances with live audiences. The part she recorded for “Feel Special” seems to echo the statements about her emotions toward performing — “I just wanted to hide, didn’t wanna face the world, as if everything has lost meaning,” she sings. But the members of TWICE say the song does not end there. “After Mina’s part, the next part — ‘then you appeared before me…from nobody to somebody, I become a very special me’ — that’s the important part,” Dahyun explains. The key message to listeners is the shift from feeling insignificant to finding purpose.

As TWICE receives more recognition outside of South Korea, the members hope their impact extends beyond the stage. “Not only limited to releasing albums or doing performances, we want to deliver the message,” Nayeon says. “We want to give people positive energy and we also want to comfort people.” During this year’s world tour, they recognized the progress of becoming a more international K-pop group. “From the time we debuted, it was mostly domestic fans,” Sana says. “We can see how fans’ nationalities are expanding.”

They are open to shaking up the norm to connect with Once around the world. “We have debuted in Japan and Korea, but we also really want to make songs in other languages for global fans if there is an opportunity,” Nayeon says.

When TWICE’s debut was first announced in 2015, Park Jinyoung said the name refers to the nine-member ensemble making an impact “once through the ears and once through the eyes.” With the increased emphasis on their music’s messaging, the group is moving beyond the senses, now eager to touch hearts. 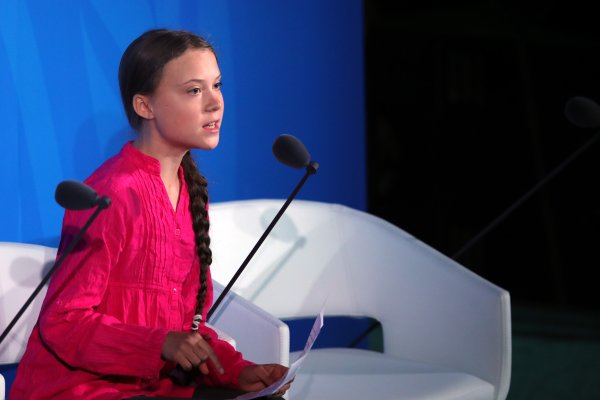