Following national outrage over the severity of his sentence, a Florida judge has cleared the record of a 21-year-old man who spent 10 nights in jail for oversleeping and missing jury duty.

On Monday, Palm Beach County Circuit Judge John Kastrenakes rescinded a contempt finding, writing in his decision that Deandre Somerville is “totally rehabilitated.” Somerville, who had no previous criminal record, was sentenced to 10 days in jail, one year of probation and 150-hours of community service after missing an Aug. 21 jury duty date. In an order obtained by TIME, Kastrenakes wrote that the publicity surrounding the case was a factor in his decision.

“Given the abundant publicity surrounding Mr. Somerville’s case, I have concluded that the importance and seriousness of a sworn juror abiding by the law has been made clear,” he wrote.

Somerville was summoned for jury duty for the first time this summer and was selected to serve as a juror on a civil case, AP reports. He was set to arrive in court the following day at 9 a.m. but missed his alarm and decided instead to head to work after waking up around 11 or 11:30 a.m., failing to inform the court or bailiff he was not attending. According to the Associated Press, the 21-year-old works at an after-school program and lives with his grandparents, helping to take care of his ailing grandfather.

Somerville told AP that his grandmother called to tell him a police officer had later gone to his home with a court summons, but even then he had no idea how severe the punishment would be. “I’ve never had a criminal background, never been arrested, never been in handcuffs,” he told AP. “The most I’ve ever gotten was a traffic ticket so I was thinking it wouldn’t be that bad.”

According to the South Florida Sun Sentinel, Kastrenakes told Somerville his absence delayed the court by 45 minutes. Somerville was found guilty of criminal contempt during a Sept. 20 hearing and was immediately handcuffed and taken into custody — spending the next 10 days in jail until his Sept. 29 release.

On Friday, Oct. 4 Somerville appealed his case in court and read an apology letter to Judge Kastrenakes, court records show. “Upon waking up and realizing I was extremely late, I failed to comply with rules and contact the courthouse to notify them,” he said. “This was an immature decision that I made, and I paid the price for my freedom.”

After Somerville read his apology letter, Kastrenakes reduced his sentence to three months probation and lowered his community service down to 30 hours, court records show. But on Monday, Kastrenakes changed his mind again and decided to rescind the contempt finding, clearing Somerville’s criminal record entirely. In his latest decision, Kastrenakes says Somerville no longer needed to be punished following the publicity of the case.

“I know he now understands and respects our system of justice and the critical role jurors play in that system,” Kastrenakes wrote. “In conclusion, I do not want even a finding of contempt to be gleaned from a perusal of his background or record.”

Somerville’s attorney, Assistant Public Defender Daniel Eisinger, tells TIME that Somerville and his family are “relieved and happy” his record is expunged and that Somerville is looking forward to putting this experience behind him. “For him (Somerville) it goes back to the harrowing experience of having to go to jail for the first time,” Eisinger tells TIME. “It’s a traumatic event for anybody but especially for a young man like that, that has really been in no trouble in his entire life. So I think that while he’s moving on and he’s doing pretty well, that is going to be something that’s going to take some time to get over.”

Eisinger says that while he was surprised about the timing, he knew that once the judge would get to know Somerville as a person he would be inclined to clear Somerville’s record.

“I thought that when we presented all the information to the judge — when he learned more about Deandre, more about his family, his upbringing, all the good work he does for the community and his grandfather and church — I thought at some point the judge would consider vacating the entire thing,” he says.

Somerville’s sentence made national headlines, with many expressing outrage at the harshness of the sentence. A Change.org petition posted on Sunday asking to punish Judge Kastenakes for his “overkill punishment” has already garnered over 11,000 signatures as of Tuesday.

Referring to Kastenakes, the petition said, “This man clearly abused his power as a judge and deserves punishment for his actions equal to that of what he sentenced Mr. Somerville for, or he should just be relieved of his position altogether!”

Celebrities including Chelsea Handler also weighed in, stating that race was a deciding factor in sentencing.

“10 days,” Handler tweeted. “He’s spending the same amount of time in jail that parents who committed college bribery are spending. Why? Because he’s black.” 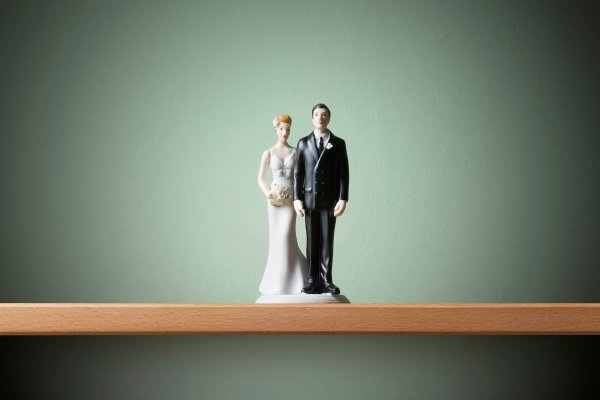