Blizzard Entertainment has banned a professional Hearthstone player who expressed support for protestors in Hong Kong during a live broadcast following the recent Asia-Pacific Grandmasters tournament in which the top pro players from the region participate — and rescinded the money he won in the competition.

Blizzard Entertainment, a U.S.-based video game developer that’s a part of the entertainment company Activision Blizzard, is the publisher behind the digital collectible card game Hearthstone.

During a post-game interview Sunday on the official Hearthstone Taiwan livestream, the player, Ng “Blitzchung” Wai Chung, pulled down a pro-democracy Hong Kong-style mask and shouted, “Liberate Hong Kong. Revolution of our age!”

Inven Global, a website that covers esports and gaming news, reports that Blitzchung shouted the phrase in Chinese. Blitzchung is from Hong Kong, according to Inven Global. A clip of the interview can be seen here.

In response, Blizzard, a U.S.-based video game developer, banned Blitzchung from competing in Hearthstone tournaments for a year, starting on Oct. 5. The company said Blitzchung has been removed from the Grandmasters roster, and will not receive any prize money he earned during the Grandmasters season 2 tournament. According to a statement from Blizzard, Blitzchung violated a competition rule that bars players from doing anything that “brings you into public disrepute, offends a portion or group of the public, or otherwise damages Blizzard image.”

Blitzchung lost $10,000 in prize earnings, Bloomberg reports. In a statement to Inven Global, Blitzchung said he viewed his comments as a continuation of his participation in the protests.

“As you know, there are serious protests in my country now. My call on stream was just another form of participation of the protest that I wish to grab more attention,” he said. “I put so much effort in that social movement in the past few months, that I sometimes couldn’t focus on preparing my Grandmaster match. I know what my action on stream means. It could cause me lot of trouble, even my personal safety in real life. But I think it’s my duty to say something about the issue.”

Blizzard is the latest American organization trying to quell support for the ongoing pro-democracy protests in Hong Kong out of an apparent fear of retaliation from the Chinese government, which has insisted that Hong Kong and Taiwan be referred to as its territories, and not as their own countries. Just this week, China’s state television banned broadcasts of preseason NBA games after a now-deleted tweet from Houston Rockets General Manager Daryl Morey expressed support for the Hong Kong protestors. 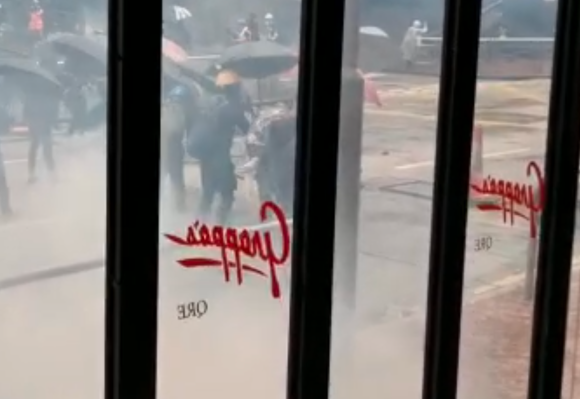 The Restaurant With a Front-Row Seat at Hong Kong's Protests
Next Up: Editor's Pick