Trump Just Handed Control of ISIS Prisoners to Turkey. Not Everyone in Turkey Is Happy About That

Vehicles of Turkish Armed Forces, carrying Turkish commandos, are on the way to support the units at border in Hatay, Turkey on Oct. 8, 2019
Hilmi Tunahan Karakaya—Anadolu Agency via Getty Images
By Joseph Hincks/Istanbul

President Donald Trump’s impromptu endorsement of a Turkish incursion into northeast Syria has prompted accusations that Trump had betrayed America’s Kurdish allies in Syria. But his handing Turkey responsibility for thousands of ISIS prisoners has also rung alarm bells among former top officials in Ankara.

Shortly after Trump spoke on the phone with his Turkish counterpart Recep Tayyip Erdoğan on Sunday, the White House issued a statement saying Turkey would soon be moving ahead with its “long-planned operation in Northern Syria” and that U.S. forces would “no longer be in the immediate area.” The statement added that Turkey would now “be responsible for all ISIS fighters in the area captured over the past two years.”

Taking responsibility for ISIS will be a “nightmare” for Turkey, said Yaşar Yakış, who served as the country’s foreign minister under prime minister Abdullah Gul between 2002 and 2003. “There are already dormant ISIS cells in Turkey. They may wake up and wreak havoc in the country.” In 2015 and 2016, a series of terror attacks in Turkey claimed by ISIS killed at least 276 people.

There are about 11,000 ISIS detainees in over 30 detention facilities across northern Syria. A separate camp for internally displaced persons known as al-Hol, located in northeastern Syria, holds nearly 70,000 people, including thousands of ISIS family members, according to a recent Defense Department Inspector General’s report.

These facilities are currently controlled by the Syrian Democratic Forces (SDF), the U.S.-backed alliance comprised mostly of Kurdish fighting units known as the YPG, which were instrumental in routing ISIS from its Syrian strongholds. Turkey regards the YPG as indistinguishable from the militant Kurdistan Workers’ Party (PKK), which both Ankara and Washington consider a terrorist organization. The objective of the operation in northeast Syria is to strike at YPG fighters.

Nejat Eslen, a retired Turkish Army general, says that while the Kurdish fighters in Syria are the “most important threat” to Turkey, “the main topic of the White House statement is not the PKK, it is ISIS.” Economic or political pressure may have pushed Ankara to agree to the quid pro-quo, he added, but it’s a deal “I would not have accepted.”

The White House statement on Sunday bemoaned European countries’ refusal to take back captured ISIS fighters and the cost of ISIS prison camps to U.S taxpayers. That demonstrates “a complete lack of understanding of anything happening on the ground,” former U.S. special envoy to the global coalition to defeat ISIS Brett McGurk wrote on Twitter.

McGurk, who resigned shortly after Trump announced U.S. troops would pull out of Syria late December, said that Turkey does not have the intent, desire, nor the capacity to manage detainees the SDF holds at al Hol camp, which Pentagon officials warn is the “nucleus for a resurgent ISIS.”

The U.S. flip-flopping on Syria has already impeded the SDF’s ability to stem an ISIS resurgence, according to Dareen Khalifa, Senior Syria analyst at the International Crisis Group. Despite Trump’s past assertions of total victory over ISIS, hit and run attacks still take place daily, she wrote in Twitter thread, and the group’s ideology lives on strongly in the camps of captured fighters and their families.

Now the SDF is considering leaving the extremists under their control to their own devices. On Monday, General Mazloum Kobani Abdi, the group’s commander, told NBC news that watching over the ISIS prisoners had become a “second priority” as the group’s fighters rush to Syria’s northern border in anticipation of a Turkish offensive.

“If you are the Kurds, you look at this and say can we afford to have our hands partially tied looking after these people who mean us harm whilst we are going to face some sort of threat from across the border?” a western official who focuses on ISIS told TIME on Monday. “They only really have two options. One is to release them… or to kill them.”

Turkey is yet to confirm when its operation will commence, how many troops it will deploy, or how far into Syrian territory it plans to advance. The ISIS fighters captured in Syria are not being detained in the Arab-majority towns near the Turkish border but in prison camps and local detention centres dispersed deeper into Syria’s northeast. An incursion into Kurdish majority areas beyond the borderlands “will not only fuel further conflict in a relatively stable part of the country but also mass displacements,” says Gonul Tol, director of The Middle East Institute’s Center for Turkish Studies.

Ankara’s goals may end up being more limited than that, says former foreign minister Yakış. “Turkey’s initiative may eventually boil down to give the impression that the government fulfilled the promise of carrying out a military operation in Syria and stop there.”

—With reporting by Kimberly Dozier/Washington 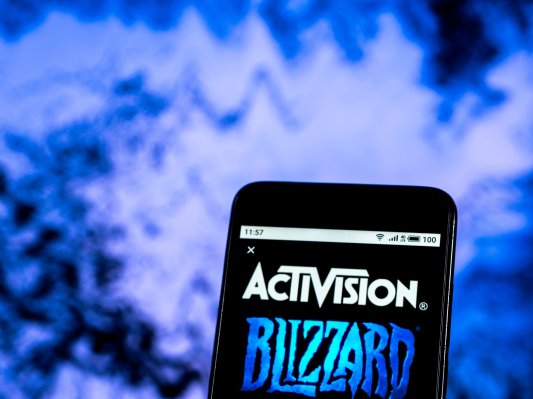