10 Upcoming Movies Based on Books

Several movies hitting theaters in the last months of 2019 have stories that may feel a little familiar. While some are buzzy big-budget films and others are highly anticipated sequels, all of the films below draw inspiration from a variety of novels, nonfiction books, plays and even a collection of poetry. From the star-studded Little Women to the terrifying Doctor Sleep, here are 10 upcoming movies based on books.

It: Chapter Two (in theaters now)

The kids of Derry, Maine are all grown up in the sequel to the 2017 box-office hit It: Chapter One. Like the first movie, the follow-up is based on the best-selling Stephen King novel about a murderous clown named Pennywise who rises out of the sewer to terrorize a group of young outcasts. In the new film, 27 years have passed and those children are now adults — played by Jessica Chastain and Bill Hader, among others — who are dealing with Pennywise’s return and the havoc he’s wreaking on all of their lives.

Buy Now: IT, by Stephen King.

The Goldfinch (in theaters now)

Ansel Elgort, Oakes Fegley, Nicole Kidman and Jeffrey Wright star in the film adaptation of Donna Tartt’s 2013 Pulitzer Prize-winning novel. The Goldfinch focuses on protagonist Theo, whose life is upended after an explosion at the Metropolitan Museum of Art leaves his mother dead. The film, which hasn’t been received warmly by critics (and was a massive flop at the box office), attempts to replicate the trajectory of its rich source material, delving into Theo’s life as he moves in and out of New York City, haunted by his childhood trauma.

Shakespeare fans, consider yourselves warned: though The King is an adaptation of the playwright’s Henriad, it reassembles much of the plot from the original texts. The film traces the embattled and bloody journey of Prince Hal (Timothée Chalamet) as he becomes Henry V. Also starring Robert Pattinson, Joel Edgerton and Ben Mendelsohn, The King, which hits Netflix on Nov. 1 after a limited theatrical release, delves into the power of corruption and the costs of war.

Though director Taika Waititi’s latest film is satirical, the book from which he drew inspiration strikes a slightly different tone. Caging Skies by Christine Leunens follows the relationship that develops between a young member of the Hitler Youth in 1940s Germany and the Jewish girl his family has been hiding in their house. The plot is more reminiscent of a straightforward Holocaust drama, which the New Zealand filmmaker said he wasn’t interested in recreating. In Jojo Rabbit, which also stars Scarlett Johansson and Sam Rockwell, a new character is added into the mix: the boy’s imaginary friend, a 10-year-old’s cartoonish version of Adolph Hitler (played by Waititi).

The second directorial project from actor Edward Norton (the last one, Keeping the Faith, was released almost two decades ago) is an adaptation of Jonathan Lethem’s 1999 award-winning novel of the same name. Motherless Brooklyn is a crime story that revolves around a lonely detective with Tourette’s syndrome (Norton) who is looking for answers after his boss (Bruce Willis) is murdered. Set against the backdrop of 1950s New York City (unlike the book, which takes place in the ’90s), the movie also stars Willem Dafoe, Gugu Mbatha-Raw and Alec Baldwin.

Director Martin Scorsese’s ninth collaboration with Robert De Niro investigates the potency of organized crime in the United States after World War II, as well as the moral aftermath of those crimes for the people who commit them. The Irishman is based on Charles Brandt’s nonfiction book I Heard You Paint Houses, a deep dive into the mysteries surrounding the murder of union leader Jimmy Hoffa and the hitman who confessed to the killing, Frank “The Irishman” Sheeran. In the film, De Niro stars as Sheeran and Al Pacino as Hoffa. The movie also reunites Scorsese and De Niro with frequent collaborator Joe Pesci.

Buy Now: I Heard You Paint Houses, by Charles Brandt.

In The Shining, Danny Torrance was a young child when he came face to face with the infamous (and terrifying) Grady twins. Nearly 40 years later, director Mike Flanagan is revisiting Danny’s story in the new movie Doctor Sleep, an adaptation of Stephen King’s 2013 sequel to his classic horror novel. The movie finds an adult Danny, played by Ewan McGregor, on a new mission to help protect a teenage girl with powers similar to his own.

Ian McKellen and Helen Mirren share the big screen for the first time in this adaptation of the eponymous novel by Nicholas Searle. In The Good Liar, conman Roy Courtnay (McKellen) thinks he’s about to win big after meeting wealthy widow Betty McLeish (Mirren) online, but things quickly spiral out of control when Courtnay realizes he has feelings for the woman he had planned to scam.

Though it’s easy to assume that the origins of Cats can be traced back to the stage, composer Andrew Lloyd Webber’s musical actually draws inspiration from a book of poetry. Old Possum’s Book of Practical Cats by T.S. Eliot is a whimsical collection of poems featuring the names of several familiar felines like Mungojerrie and Rumpleteazer. The new movie, which features a star-studded cast including Taylor Swift, Jennifer Hudson and James Corden, is centered around the Jellicle cats as they prepare to choose one among them to be reborn.

Joining a long list of big- and small-screen adaptations of Louisa May Alcott’s timeless novel is Greta Gerwig’s new film, a Lady Bird reunion both behind and in front of the camera. Gerwig directs the story of the March sisters — played by Saoirse Ronan, Emma Watson, Florence Pugh and Eliza Scanlen — as they come to understand love, loss and the resilience of familial bonds. The cast is rounded out by Timothée Chalamet as Laurie, Meryl Streep as Aunt March and Laura Dern as Marmee. 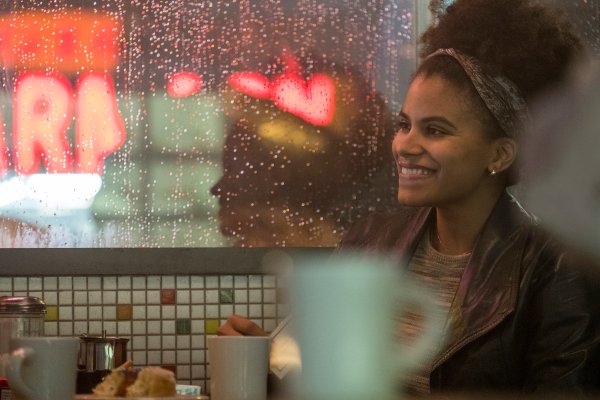 In Joker, Black Women Are Visible But They Are Not Seen
Next Up: Editor's Pick