According to Saturday Night Live, Mike Pence Has a Ferris Bueller-Inspired Impeachment Strategy

Pence, played by Beck Bennett, fielded multiple suggestions during the sketch for how to evade impeachment. They included getting Nicolas Cage to steal the constitution and blaming it on immigrants, dragging Hunter Biden into the pizzagate conspiracy and fleeing the country to North Korea or Saudi Arabia.

President Donald Trump is facing a congressional impeachment inquiry in the aftermath of a recent whistleblower complaint alleging that he asked Ukraine to possibly interfere in the 2020 presidential election by investigating Democratic candidate Joe Biden, and his son Hunter. Congress has been ramping up its impeachment efforts as it examines the allegations in the complaint and has already issued subpoenas for Giuliani and Secretary of State Mike Pompeo, among others.

Matthew Broderick guest-starred as Pompeo, bringing some classic Ferris Bueller’s Day Off jokes, and alerted the rest of the crew that this “whole impeachment thing could be really bad,” according to “America.” Kate McKinnon’s Giuliani isn’t so sure and cites an imaginary “Breitbart office poll” that states “121% of people want Biden impeached.” 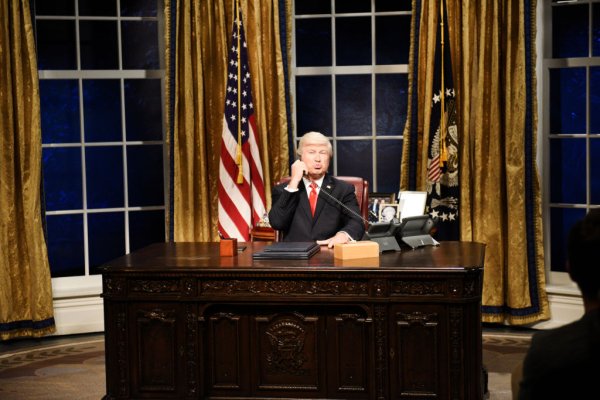