Six of the country’s most prestigious law firms are set to announce that they are partnering with the nation’s largest LGBT rights group to challenge Trump Administration moves that imperil equality — and to overturn similar efforts in the states. A seventh firm will take the lead on a parallel global legal effort as advocates are turning to courts as a backstop.

The alliance, to be announced Friday morning, is designed to make the Human Rights Campaign the de facto hub for LGBT litigation, and to create a multi-year stream of cases that build on each other. As imagined, the white-shoe alliance will also promote cross-firm collaboration among oftentimes rival law firms.

“How many lives can we potentially impact? If we do this work in the way we intend on doing this work, we could actually benefit millions of people,” Human Rights Campaign chief Alphonso David tells TIME of what he calls “multi-million-dollar investments from the law firms.”

“We are honored to join with H.R.C. and be among those who will engage in strategic litigation to take on discrimination targeting LGBTQ people wherever it may occur,” Abbe Lowell, a partner at Winston & Strawn, said in a statement. (Lowell also represented first daughter Ivanka Trump and her husband Jared Kushner during Robert Mueller’s probe.)

Added Sidley Austin’s Carter Phillips, who has argued 87 cases before the Supreme Court: “H.R.C. is a long-standing pro bono client and this next stage of collaboration reinforces Sidley’s deep commitment to advocating for diversity and equality.”

A former counsel to New York Gov. Andrew Cuomo, David is already signaling to his allies — and to the group’s donors — that he plans to spend more time in courtrooms than his predecessor, a talented activist who built political and economic pressure as a stop against anti-LGBT legislation and regulation. David recently replaced Chad Griffin and is slowly reorganizing the Dupont Circle headquarters to include a more court-facing effort.

In an interview, David declined to identify specific cases the law firms will initially tackle, and was quick to emphasize that the changes were not meant to elbow out other activists already fighting in courts. Nor is the Human Rights Campaign eager to turn itself into a legal clinic to remedy specific complaints, such as an individual employment discrimination issue.

“I plan on collaborating with all our movement partners that do litigation — the ACLU, Lambda Legal, the National Center for Lesbian Rights — because I think there is value in making sure we have their input and guidance,” David says.

In other words, the Human Rights Campaign is positioning itself to take the lead on a potentially decades-long effort.

Since taking office in 2017, the Trump Administration has offered a steady stream of proposals seen in activist circles as anti-LGBT. The Pentagon enacted a ban on transgender service members in the military earlier this year. The Education Department and the Housing and Urban Development Department have rolled-back Obama-era non-discrimination protections. The Justice Department argued in briefs filed for a trio of cases due at the Supreme Court on Tuesday that non-discrimination protections based on sex do not extend to sexuality or gender identity.

The Human Rights Campaign has for almost four decades logged comments against policies, lobbied against legislation it sees as discriminatory and pushed for bills it finds appealing, and its legal department has filed briefs with courts as it could. But, David says, this added council of counsels has the potential to overturn executive or legislative moves activists find objectionable but unable to kill. 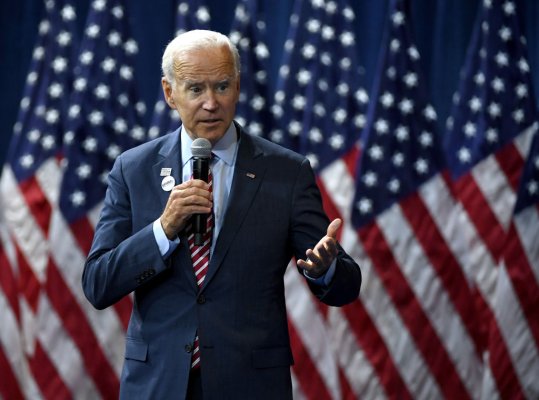